Back in the water and rowing strong again 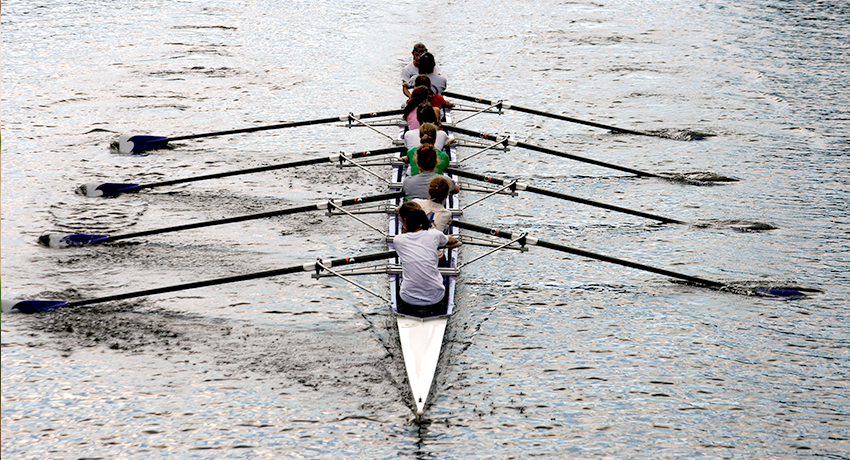 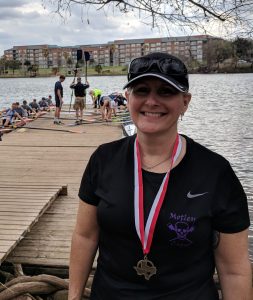 In 2016, Tammy Foy developed a mysterious condition that suddenly jeopardized one of the greatest joys of her life, recreational rowing. However, after receiving specialty care provided by Kristofer M. Charlton-Ouw, MD, vascular surgeon with UT Physicians and associate professor in the Department of Cardiothoracic and Vascular Surgery at McGovern Medical School at UTHealth, Foy was able to get back to rowing with her crew.

Crew, commonly known as rowing, is a sport that requires strength and repetitive motion. Initially, it seemed to be part of the cause behind Foy’s puzzling condition. She first noticed her right arm would get incredibly fatigued, not only when rowing, but during simple daily tasks like washing her hair or working on her computer. “I had been rowing for ten years, was athletic, a vegetarian and always in good health,” said Foy.

In Austin, she spent several months visiting different doctors, including neurologists, rheumatologists, a family medicine doctor and an orthopedic hand specialist with unsuccessful results. She continued to suffer physical discomfort, but the pain was slightly offset by the psychological relief she got from rowing. “Rowing has been important to me, not only for physical health reasons, but also mentally. My job can be stressful and rowing keeps me sane,” said Foy. She mentioned to her neurologist that what she was experiencing felt “circulatory.”

Upon hearing that one word, the neurologist tested and confirmed a diagnosis of Thoracic Outlet Syndrome (TOS), a condition where blood vessels or nerves between the collarbone and the first rib are compressed. In Foy’s case, her subclavian artery was entirely blocked, leaving her right arm with inadequate blood supply. Foy finally had a cause and diagnosis, but could not find a surgical specialist in Austin that could successfully treat her.

Through her network of friends between Austin and Houston, and through a physician’s referral, Tammy met with Charlton-Ouw. “Tammy had been seen by many other specialists, which is very common for TOS patients because the condition is not widely recognized,” said Charlton-Ouw. 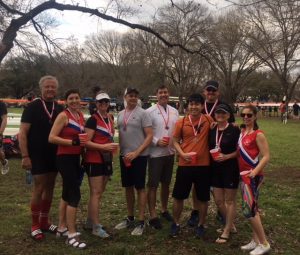 Athletes, such as rowers, are overwhelmingly prone to TOS due to the repetitive motion in their shoulders, which compresses the blood vessels or nerves, and limits blood supply to and from the arm. “Tammy was a textbook case and she was at higher risk, as she had an extra rib and a high activity level of repetitive movement,” said Charlton-Ouw. “She is a competitive rower, and part of her identity is as an athlete. It was important for her to have a good outcome so she could get back to doing what she loves.”

Foy drove from Austin to the Texas Medical Center to visit the UT Physicians Cardiothoracic & Vascular Surgery clinic in Houston.

Charlton-Ouw performed a thoracic outlet decompression, removing her first rib and performing an artery bypass. “She had an almost complete occlusion of her right subclavian artery which required a bypass from the carotid to the axillary,” said Charlton-Ouw. This procedure opened the subclavian artery, allowing blood to properly circulate from her heart to her right arm.

An occlusion is a blockage, either by something obstructing the artery, or by it being restricted. A complete occlusion would mean a complete blockage of blood flow.  After surgery, Foy said Charlton-Ouw had given her an “instant fix.” She had a speedy recovery in the hospital and returned to Austin. Foy received follow-up care remotely with UT Physicians.

In just a few short weeks after her surgery, Foy returned to the water, to her teammates and winning. She medaled in her first race post surgery and continues to place during racing season.

“I missed being on the water so much! I couldn’t have been more fortunate enough to find a better physician to fix this problem,” she said.