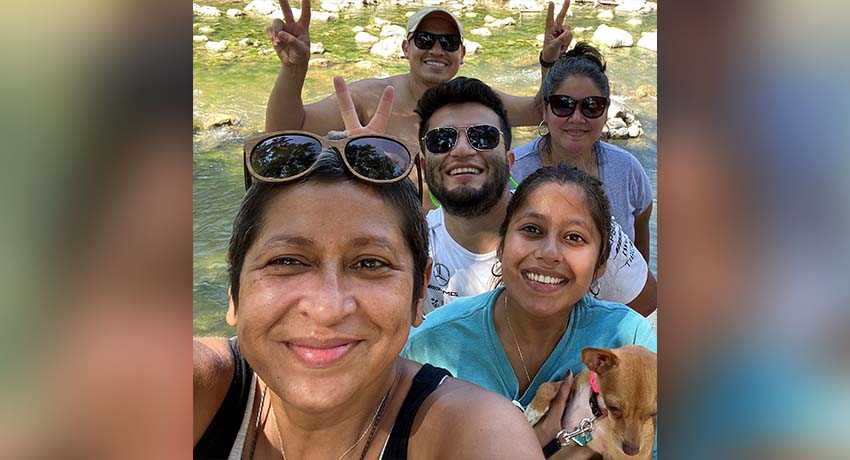 Angela "Angie" Rodriguez was diagnosed with breast cancer at the age of 49. She knew early detection and intervention were key to a positive outcome. Photo courtesy of Angela Rodriguez

Angela “Angie” Rodriguez, 49, discovered strength she didn’t know she had when she was diagnosed with breast cancer in January 2020.

In December of 2019, she went in to have a routine mammogram done, and during her company’s holiday party she received a call informing her that something unusual was detected on her scan.

Having no history of the disease in her family, the news of an abnormal mammogram was shattering, and she understandably became anxious. Suddenly, the stress she’d been experiencing about a major work project seemed insignificant.

“I didn’t know anything about breast cancer. It was not something I worried about since it doesn’t run in my family,” said Rodriguez, a wife and mother of two. “My husband and I immediately started researching to learn more about the disease and what to expect.

Becoming her own best advocate 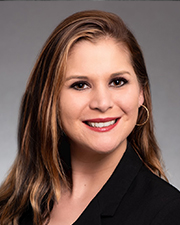 In doing her research, Rodriguez realized time was of the essence and knew that she had to see an oncologist as soon as possible. After hitting a couple of roadblocks, she turned to a friend who referred her to Jessica Treviño Jones, MD, an internist and oncologist with UT Physicians.

“Dr. Jones rocked!” said Rodriguez. “She helped us stay calm. I knew I was in the right hands.”

Jones was able to see Rodriguez right away, setting her up with a treatment plan, and scheduling an appointment with breast and reconstructive surgeons.

October is Breast Cancer Awareness Month, which seeks to raise awareness of the leading cause of cancer-related death in women across the world.

“Angie’s case is a good example of a patient who had no family history of breast cancer, but developed it anyway,” said Jones, who is also an assistant professor in the Division of Oncology at McGovern Medical School at UTHealth and an oncologist with Memorial Hermann Cancer Center. “Early detection and intervention are key to beating this disease. Angie was aggressive in seeking the care she knew she needed, so we could be aggressive in beating the cancer.”

Rodriguez’s care plan included surgery, chemotherapy, radiation, and now ongoing hormone therapy. She experienced the unpleasant side effects of chemotherapy, including losing her hair but worked hard every day to find ways to distract herself. Jones provided comprehensive and personalized care to Rodriguez, and her medications were adjusted the moment she was uncomfortable.

“I knew it was going to be rough, so I looked for other things to keep my mind off it,” she said. “I spent a lot of time working in the yard. It became my therapy. Any type of physical activity helped me.”

Rodriguez has completed her intensive treatment, and to date, her latest scans look good.

When asked what she would tell others in similar shoes, Rodriguez said everyone is different in the type of support they need: some want to talk about it while others want to be left alone to process the experience. She said whichever works for you is truly the best way.

“The breast cancer diagnosis took a huge toll, but I realize how blessed I am to have gotten through this when I look at what others have gone through to beat this disease,” she said.