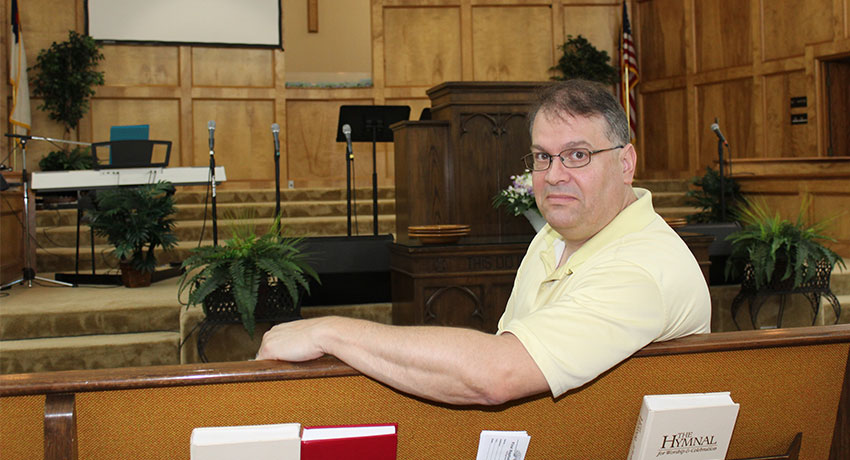 Pastor Jay McIntosh is thankful for the improved quality of life he now has after surgery. Photo credit: Melissa McDonald, UT Physicians

For Jay McIntosh, he began noticing issues with tremors during his teenage years. A slight, but constant tremor in his thumbs was more of a nuisance than anything life threatening, but it made small tasks like pouring and measuring in his high school science labs a difficult task. However, as McIntosh aged,  he noticed the tremor began to progress throughout his body as well, affecting his hands, feet, and head.

“I started noticing difficulty when administering the Lord’s Supper,” says McIntosh, who is a Baptist pastor. “My hand would shake in the process of distributing. Then I noticed difficulty with holding hands with a member to pray with them before surgery. It was just a nuisance, but it started to worsen in my 40s.”

“Tremors are uncontrollable shaking usually displayed in the hands, feet, and head,” says Raja Mehanna, MD, a neurologist with UT Physicians & assistant professor at McGovern Medical School at UTHealth. “They can lead to minor issues such as a shaky voice or a head nod, but can markedly affect quality of life.”

Tremors affect more than 10 million people in the United States and have an incidence rate of 23.7 out of every 100,000 people. Passed down hereditarily (50 percent chance of inheritance from the parent), the cause of tremors is unknown; however, it is thought to be related to abnormal activity in the cerebello-thalamo-cortical network of the brain.

By adjusting his daily routine, McIntosh was able to adapt to the spreading tremors. For example, if he was distributing communion, he would fill his glass only half way to avoid spilling because of a tremor. However, by the time McIntosh reached the age of 45, he decided it was time to begin seeing Dr. Mehanna.

McIntosh’s treatment began with medicine to try to address the tremors. He had some success with the medicine, but after a couple of years he noticed that it began to provide no relief.

Dr. Mehanna began to observe rigidity in McIntosh’s elbows, prompting imaging to test for Parkinson’s disease. After the test came back negative, Dr. Mehanna informed McIntosh that brain surgery was the next step.

“Oh no you’re not,” McIntosh recalls thinking at the time.

In what he describes as a ‘Whatchu talkin’ bout, Willis?’ moment, McIntosh could not wrap his head around the fact that he was going to be having brain surgery.

He was even more surprised when he learned that he would be awake for the entire process.

“That added a little bit more anxiety initially,” McIntosh says. “Then I did some research and realized the brain does not feel or experience pain. I learned the most difficult part of the surgery would be just getting through the skull, and once they were in the brain, there would be no pain issues at all. The only pain I experienced was that normal pain you have from the local injection.” 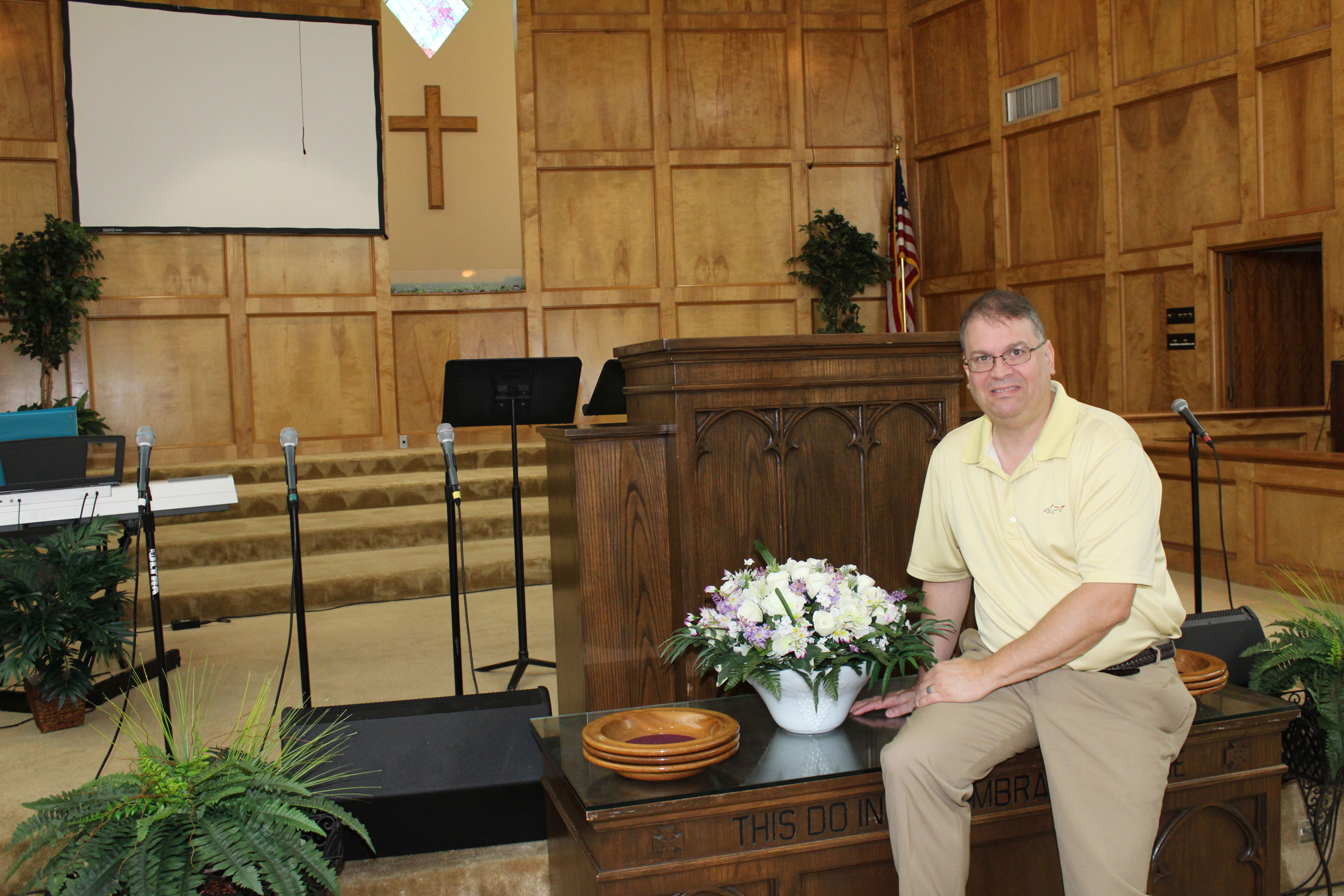 Jay McIntosh is a pastor at First Baptist Church – Grangerland.

McIntosh underwent deep brain stimulation (DBS), on February 17, 2017. The surgery consists of electrodes being implanted into the vicinity of the thalamus. Wires from the electrodes are then threaded underneath the skin to a neurotransmitter, a pacemaker device that sends electric pulses into the thalamus, helping to control the effects of tremors.

“It was pretty exciting to be awake and be aware of everything happening in the operating room,” McIntosh says of being fully cognizant during the surgery. “Very early on, I thought it was the coolest thing I ever did. When people hear me say that, they can’t believe it, but it was really an incredible experience.”

Albert J. Fenoy, MD, a neurosurgeon and associate professor at McGovern Medical School, performed McIntosh’s surgery. Having performed the surgery nearly 500 times, McIntosh knew he was in good hands, but was even more reassured to know Dr. Mehanna would be in the room as well.

“It was a great encouragement at the time,” McIntosh says. “Then being awake during the surgery, after Dr. Fenoy placed the electrodes at target, and Dr. Mehanna turned the device on I could literally see the tremor leave. It was a feeling of ‘Hey, this is going to work.’”

The surgery did work for McIntosh, who says he now has close to 95 percent relief from his tremors. The only times he notices any symptoms at all are when picking up something light, like a Styrofoam coffee cup, or at the end of a long day, when he notices his speech will have a slight slur. Although, his neurotransmitter has a solution for that too.

The neurotransmitter, which McIntosh keeps on at all times unless he needs to turn it off for a doctor checkup, is programmable for certain situations, including a speech function to help him get through the slurring. However, he notes he has only had to adjust the settings once in two years.

So now, the only nuisance that McIntosh has to deal with, which he admits is a small one, is remembering to charge the battery for the transmitter. He does this for 15 minutes every other day, and the battery will not need to be replaced for 15 years. McIntosh still sees Dr. Mehanna every four months to check on the device, but those trips will soon move to biannual appointments.

McIntosh has begun to spread the word about treatments for the world’s most common movement disorder. He enjoys being able to inform current patients about his journey and has even spoken to future doctors at McGovern Medical School.

And of course, McIntosh also points out the incredible care he received from his doctors at UT Physicians.

“My care has been outstanding,” he says. “I had a level of comfort that when surgery was recommended I was open to investigating it myself, and I’m glad I did. I will continue to recommend UT Physicians for neurology and neurosurgery matters.”