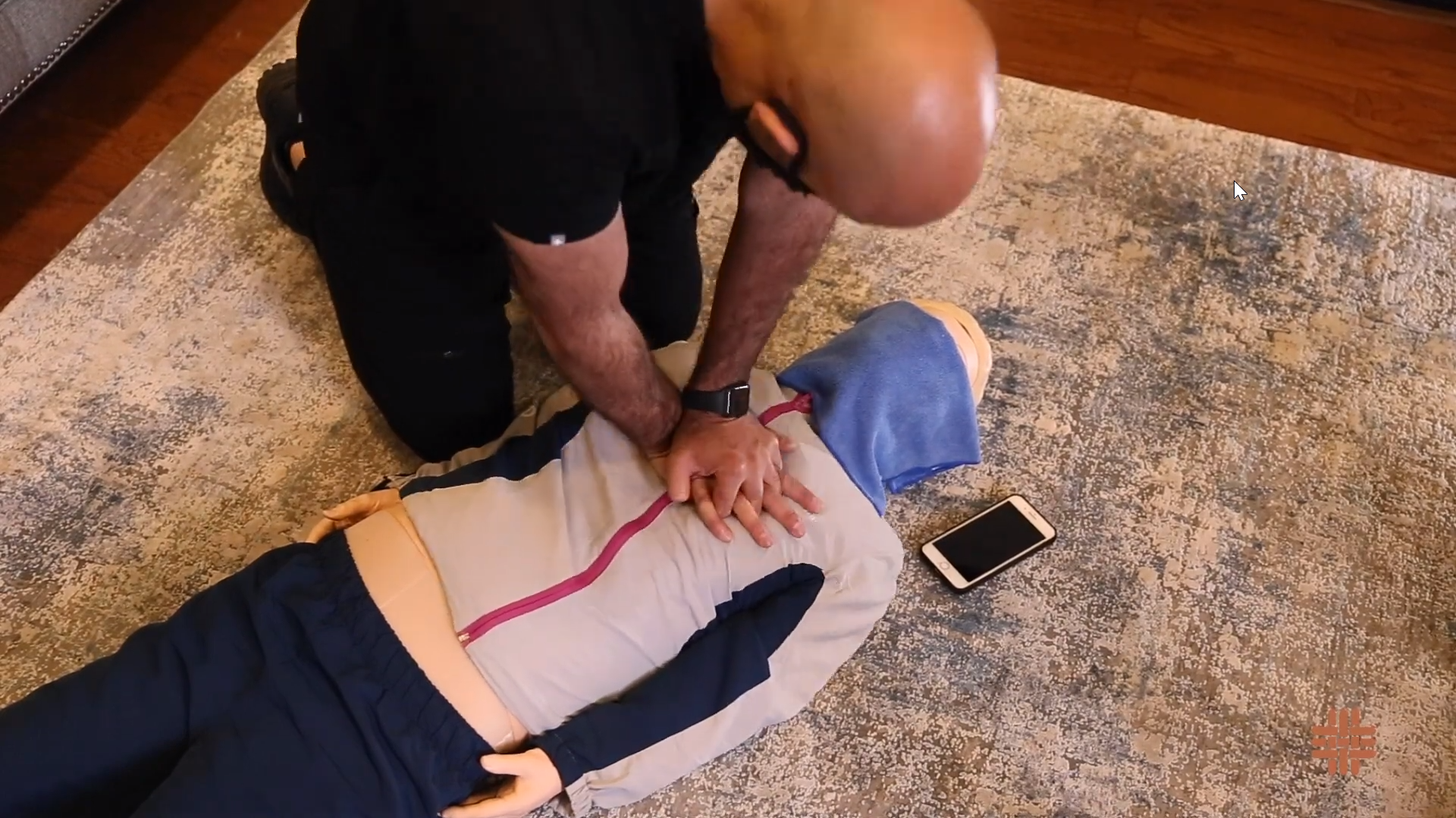 Projections from Texas’ first cardiac arrest registry show that every day at least 60 Texans will suffer an out-of-hospital cardiac arrest, which is a sudden loss of heart function, breathing, and consciousness. If bystander cardiopulmonary resuscitation (CPR) is performed, the victim’s chance of survival can triple, but less than half of victims in the Lone Star State receive any bystander CPR, according to data from the registry.

Researchers at The University of Texas Health Science Center at Houston (UTHealth) helped create the Texas-CARES program (Cardiac Arrest Registry to Enhance Survival) to track where and how frequently cardiac arrests occur and whether necessary interventions are being performed to maximize a cardiac arrest victim’s chance of survival. The program is part of a national effort started by the U.S. Centers for Disease Control and Prevention to measure and improve cardiac arrest survival rates. The registry is the result of collaboration between university researchers and 911 centers, EMS agencies, municipal fire departments, and health care providers, to engage all links of the chain of survival and promote a standardized system of care. Currently it contains data from more than 40% of Texas communities with the goal of including every community in the state.

“Before we started Texas-CARES, Texas was the largest state in the country without its own cardiac arrest registry,” said Ben Bobrow, MD, chair of Emergency Medicine at McGovern Medical School and the John P. and Kathrine G. McGovern Distinguished Chair at the school. “Without a registry, it is impossible to measure care or make improvements that help people and save lives. Many people don’t realize that about 75% of cardiac arrests happen at home, which means the most likely person that you will have to help will be your loved one. There’s a lot of hesitation surrounding CPR, as many don’t feel comfortable with how to do it. We want to learn more about where these discrepancies exist so we can train more people in more effective ways.”

“If a child lives in a predominantly Black neighborhood, they are 20% less likely to receive bystander CPR or to survive compared to children in predominantly white neighborhoods,” Bobrow said. “This disparity is large and unacceptable.”

With the COVID-19 pandemic, there could be even more hesitation among all community members to attempt bystander CPR. The American Heart Association recently released interim guidelines on how to do CPR during the pandemic if the victim is someone outside your home, and Bobrow said the most significant change is that the rescuer should put a mask or a cloth over the victim’s mouth, if possible, to reduce the spread of particles.

A common misconception about CPR is that you have to do the mouth-to-mouth rescue breathing, which is not the case, Bobrow said. The most important thing you can do is compressions, by pushing hard and fast on the victim’s chest.

“The idea is that your hands are their heart and if you stop, even briefly, there is no blood flow. Remember, you cannot mess this up and you will not hurt the person. The only mistake is not starting CPR,” Bobrow said.

Below is a quick guide to bystander CPR for adults.

There are two important differences when it comes performing CPR for children.

Bobrow and other UTHealth researchers are also studying disparities in other aspects of care for cardiac arrest patients. For example, they are studying whether targeted temperature management, or cooling of the patient’s body temperature, helps recovery while they are in the hospital, and whether 911 telephone CPR instructions for lay rescuers are being delivered in a standardized way to everyone who could benefit.

“The first step is quantifying the problem, which we are doing with the cardiac arrest registry. The next step is designing targeted interventions to strengthen the ‘chain of survival,’ including educating the public on bystander CPR and improving protocol at 911 dispatch centers, EMS agencies, and hospitals that can address those disparities in care. Ultimately our goal is to help decrease CPR disparities and improve survival for everyone in Texas,” Bobrow said.