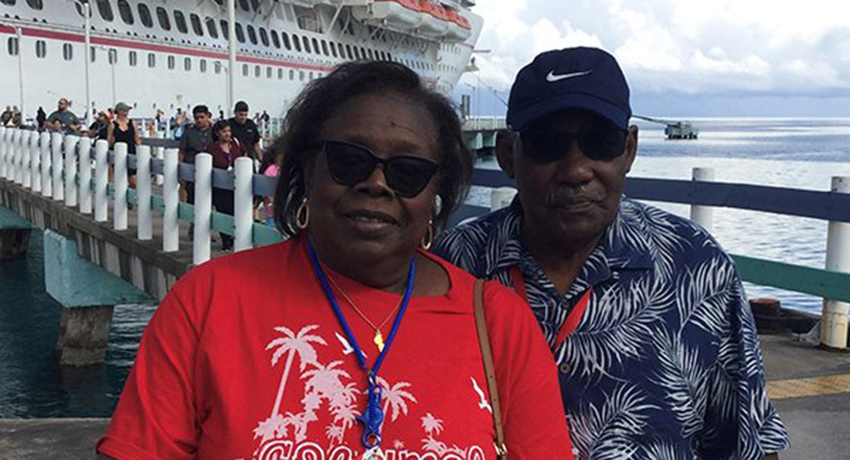 When Brenda Sanders, 72, heard about actor Chadwick Boseman’s death due to colon cancer, it brought back intense memories of the close call her husband had with the disease last year.

Doctors found a large polyp during her husband’s colonoscopy.

“My husband John, who was 74 at the time, hadn’t exhibited symptoms, but doctors did find a large polyp and it appeared to be cancerous,” Sanders said. “So, we had the surgery scheduled to remove it, and we were extremely relieved to hear that it wasn’t cancerous after all. Going through the waiting period and not knowing the results really takes a toll on you.” 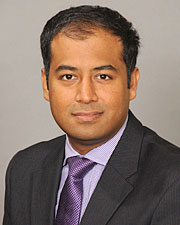 Bidhan Das, MD, a colorectal surgeon with UT Physicians and Memorial Hermann-Texas Medical Center, performed her husband’s minimally invasive colectomy. Das made small incisions in the abdomen, extracted the colon, removed the polyp with the colon outside the body, and reinserted the colon through one of the incisions.

“Without question, that polyp would have turned into life-threatening cancer at some point,” said Das, who is an assistant professor of surgery with McGovern Medical School at The University of Texas Health Science Center at Houston (UTHealth). “John’s case underscores the need for more screening, because we caught it and were able to cure him with a minimally invasive surgery. He was out of the hospital the next day,” Das said.

But Sanders knows all too well that not everyone is so fortunate, as her sister who was in remission for colon cancer ended up passing away in her 50s from ovarian cancer.

According to the American Cancer Society (ACS), colon cancer is the third most common cancer and African Americans have the highest death rate and shortest survival of any racial and ethnic group in the U.S. for most cancers. Research also shows they have the highest incidence of colorectal cancer and are 15% to 20% more likely to die from the disease, Das said.

“African Americans with colorectal cancer are more likely to develop a gene mutation known as KRAS, which can be resistant to certain types of chemotherapy and associated with decreased survival, both of which make the tumor more aggressive in a way,” Das said. “They are also more likely to develop cancer on the right side, which is farther away from the end of the colon, so it might take longer to notice any bleeding. The right side is bigger, so a tumor could grow in that area and you may not notice – it would present late.”

Another challenge for many communities is access to high-fiber, minimally processed foods, which can help lower rates of colorectal cancer, Das said.

“Access to produce and fresh food comes at a premium price and sometimes is not available depending on where you live,” Das said.

There is also a trend of younger people being diagnosed with colon cancer. ACS numbers show the diagnosis rates in the under-50 age group have grown by 2.2% every year for the last five years we have data, which includes 2012-2016.

So, when should you get screened? That depends on who you ask.

“We used to be told to get screened in your 50s and 60s, but now we know the older you get, the greater your chance of a polyp,” Sanders said. “That’s why now we’re trying to advocate for our family members to get tested and screened. We need to be more proactive in our communities too.”

The rate of mortality for colorectal cancer has decreased since the early 2000s; however, the mortality rate of African Americans is still 35% higher than that of whites,” Das said.

“Increased endoscopic screening by African Americans has contributed to the decrease in mortality, but there’s more to be done to continue to drive these numbers down,” Das said. “Listen to your body and make sure you are getting things checked, especially if you start to notice symptoms.”

Symptoms of colon cancer include:

To be screened or make an appointment with the UT Physicians colorectal team, call 888-4UT-DOCS.