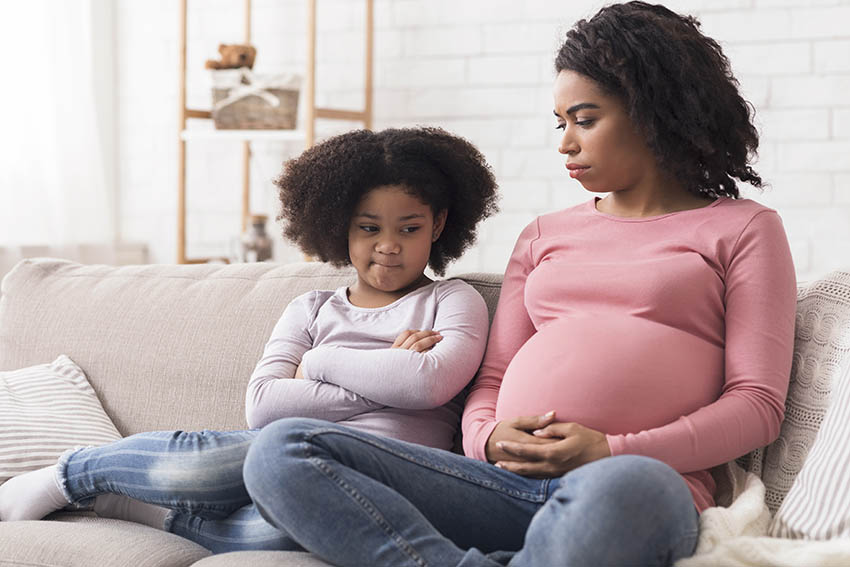 A UTHealth study shows depression in mothers during and after pregnancy increased the odds of depression in offspring during adolescence and adulthood. (Photo credit: Getty Images)

Depression in mothers during and after pregnancy increased the odds of depression in offspring during adolescence and adulthood by 70%, according to a new study by researchers at The University of Texas Health Science Center at Houston (UTHealth).

The systematic review was recently published in JAMA Network Open. It is the first study to examine the effects of maternal depression on children age 12 and older.

The authors note that 10-20% of mothers experience perinatal depression, which refers to the time during pregnancy (antenatal) or within the first year after birth (postnatal). Perinatal depression has been associated with reduced growth rates, malnutrition, and an increased risk of childhood health problems and obesity.

“There are a lot of studies that look at how perinatal depression affects a child’s growth or emotional well-being, but we wanted to look at how it affects offspring later in life,” said Vaishali Tirumalaraju, MBBS, a resident with the Louis A. Faillace, MD, Department of Psychiatry and Behavioral Sciences at McGovern Medical School at UTHealth and one of the study’s first authors.

Researchers examined all published studies on the topic, zeroing in on six major cohorts following long-term symptoms in more than 15,000 children age 12 or older.

“We found that the offspring of mothers who had perinatal depression, especially antenatal depression, had a greater chance of having depression when they grow up,” said Sudhakar Selvaraj, MD, PhD, an assistant professor of psychiatry with McGovern Medical School, the director of the Depression Research Program, and the study’s senior author. “This is important because it shows perinatal depression not only negatively affects the mother, but also has a lasting negative impact on the child.”

This research comes during a time of increased stress and strain on mental health, as the COVID-19 pandemic poses challenges for new and expecting mothers.

“Pregnancies during these times are particularly stressful given the social situation and physical distancing guidelines in place. There are a lot of moms without support who have to isolate, and many are handling extra stressors with limited resources,” Tirumalaraju said.

“Stress can cause changes in eating habits, less desire to exercise, and overall less healthy behaviors that can lead to depression,” said Selvaraj, a psychiatrist with UT Physicians, the clinical practice of McGovern Medical School. “Due to stigma, depression is hard to track because often mothers don’t want to report that they are sad or having trouble mentally. Our study shows the potential long-term impact of depression in offspring and therefore the need for proper screening so that moms who could benefit from counseling and/or medication can be provided the resources they need.”

Selvaraj is part of the UTHealth Women’s Mental Health Program, which provides access to specialists in psychology and psychiatry in certain UT Physicians Women’s Centers, simplifying the process for women to seek help for perinatal depression and other mental health conditions.

Study authors say more research into the factors involved in depression risk transmission and assessments of how to reduce this risk could help develop future strategies to mitigate depressive disorders in pregnancy.

From the Faillace Department of Psychiatry and Behavioral Sciences with McGovern Medical School, Robert Suchting, PhD, assistant professor, was a joint first author and Deepa Anand, MD, a resident, was a co-author. Laura Goetzl, MD, MPH, and Jerrie Refuerzo, MD, with the Department of Obstetrics, Gynecology and Reproductive Sciences and Charles E. Green, PhD, from the Department of Pediatrics were also co-authors.