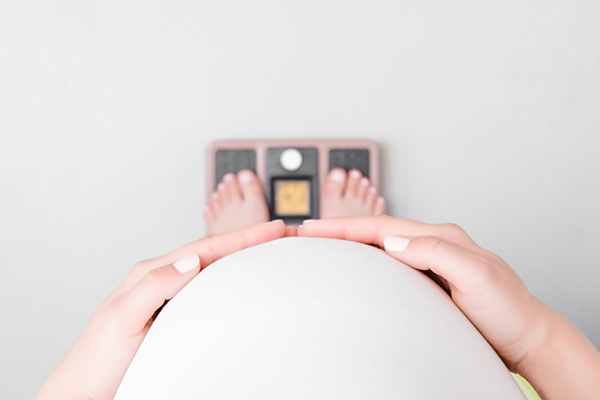 Pregnant obese women were more at risk of experiencing early and late-onset hypertensive disorders, and that risk progressively increased in women with higher body mass indexes (BMI), according to a study led by researchers at The University of Texas Health Science Center at Houston (UTHealth).

The retrospective cohort study was recently published in Obstetrics Gynecology.

Preeclampsia, which along with gestational hypertension and eclampsia make up hypertensive disorders of pregnancy, is a leading cause of maternal and perinatal mortality and morbidity, according to published research.

The UTHealth research team studied birth and infant death certificates from 14 million live births from 2014 to 2017 to evaluate the relationship between BMI at delivery and hypertensive disorders. BMI was separated into three categories: class 1 obesity (BMI 30.0–34.9), class 2 (BMI 35.0–39.9), and class 3 (BMI 40.0 or greater).

The research team also found that increasing levels of maternal obesity were associated with progressively increased risk of both early-onset and late-onset hypertensive disorders of pregnancy. Bicocca noted the same trends occurred when patients with diabetes were excluded.

With further study, this evidence could help inform guidelines for pre-pregnancy weight and recommended weight gain in pregnant obese women.

“We used BMI at time of delivery and that is a combination of pre-pregnancy BMI and weight gain, so there’s still a question of which one makes a more significant difference,” Bicocca said. “Once we know that, we can adjust guidelines on optimal pre-pregnancy weight, as well as weight gain recommendations during pregnancy. We could also inform whether women in different classes of obesity need different guidelines, as currently the guidelines are the same if they are in class 1, 2, or 3.”

“Early onset preeclampsia, particularly when it develops at less than 30 weeks, is life-threatening to both mother and fetus,” said Baha Sibai, MD, a maternal-fetal medicine specialist with UT Physicians and McGovern Medical School and international expert in preeclampsia.

“In addition, it is a major cause of fetal origin of adult disease since infants born to these pregnancies are at increased risk of metabolic syndrome including hypertension and diabetes, as well as cardiovascular disease later in life. Moreover, the pregnant women are also at increased risk for ischemic heart disease and stroke later in life. Therefore, obesity is a leading health care problem in the U.S. that has implications for future generations,” Sibai said.

“In Houston obesity is prevalent, but it is really an epidemic across the U.S. and much of the developed world. Updated guidelines would be particularly important for many women and their children,” Bicocca said.

Other authors from the OB-GYN department at McGovern Medical School include Hector Mendez-Figueroa, MD, and Suneet P. Chauhan, MD.