Moving forward after an aortic dissection 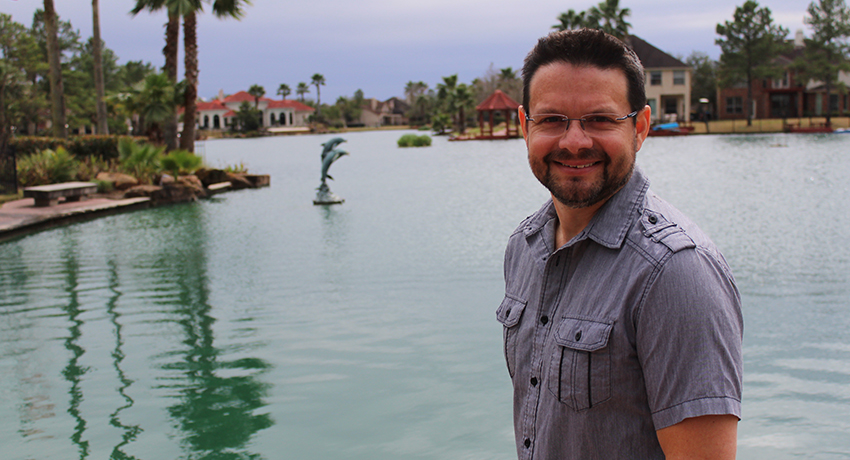 Zachery Jessup lives every day to the fullest following a life threatening medical situation in January 2018. (Photo by: Melissa McDonald)

One year ago, Zachery Jessup showed up at the emergency room with complete numbness in both legs. A CT scan was performed and showed a tear in the inner lining of aorta – the main artery of the body responsible for transporting oxygenated blood from the heart to organs and limbs. Jessup had suffered an aortic dissection and medical teams began moving quickly to try and save his life.

Because aortic dissection is a life-threatening situation, Jessup was flown by Life Flight from an emergency room in northwest Houston to Memorial Hermann-Texas Medical Center, a primary teaching hospital for The University of Texas Health Science Center at Houston (UTHealth). The tear was preventing blood circulation to his feet and legs, causing the numbness.  More importantly, Jessup’s organs were not receiving the necessary blood flow to function properly.

At the hospital, Jessup was brought under the care of UT Physicians vascular surgeon Kristofer M. Charlton-Ouw, MD, and cardiothoracic surgeon Steven B. Eisenberg, MD, both in the Department of Cardiothoracic and Vascular Surgery at McGovern Medical School at UTHealth. They immediately began repairing Jessup’s aorta and the damage to other organs.

“The type of dissection Zachery has, in general, holds a one percent per hour mortality. That means about 50 percent of patients who come to the hospital with a type A aortic dissection die within two days,” says Dr. Charlton-Ouw, who also sees patients at the UT Physicians Cardiothoracic & Vascular Surgery clinic in the Texas Medical Center.

Type A dissections are an emergency and typically require surgery, which was the case for Jessup. Type B dissections may be managed without surgery by closely controlling a patient’s blood pressure.  Symptoms of an aortic dissection include breathlessness, fainting, sweating, trouble speaking, dizziness, or numbness—like in Jessup’s case.

Despite several attempts to repair the damage, the lack of oxygenated blood to his legs could not be reversed. Although he recovered function in all his other organs, Jessup lost both legs in the coming months following his initial surgery. 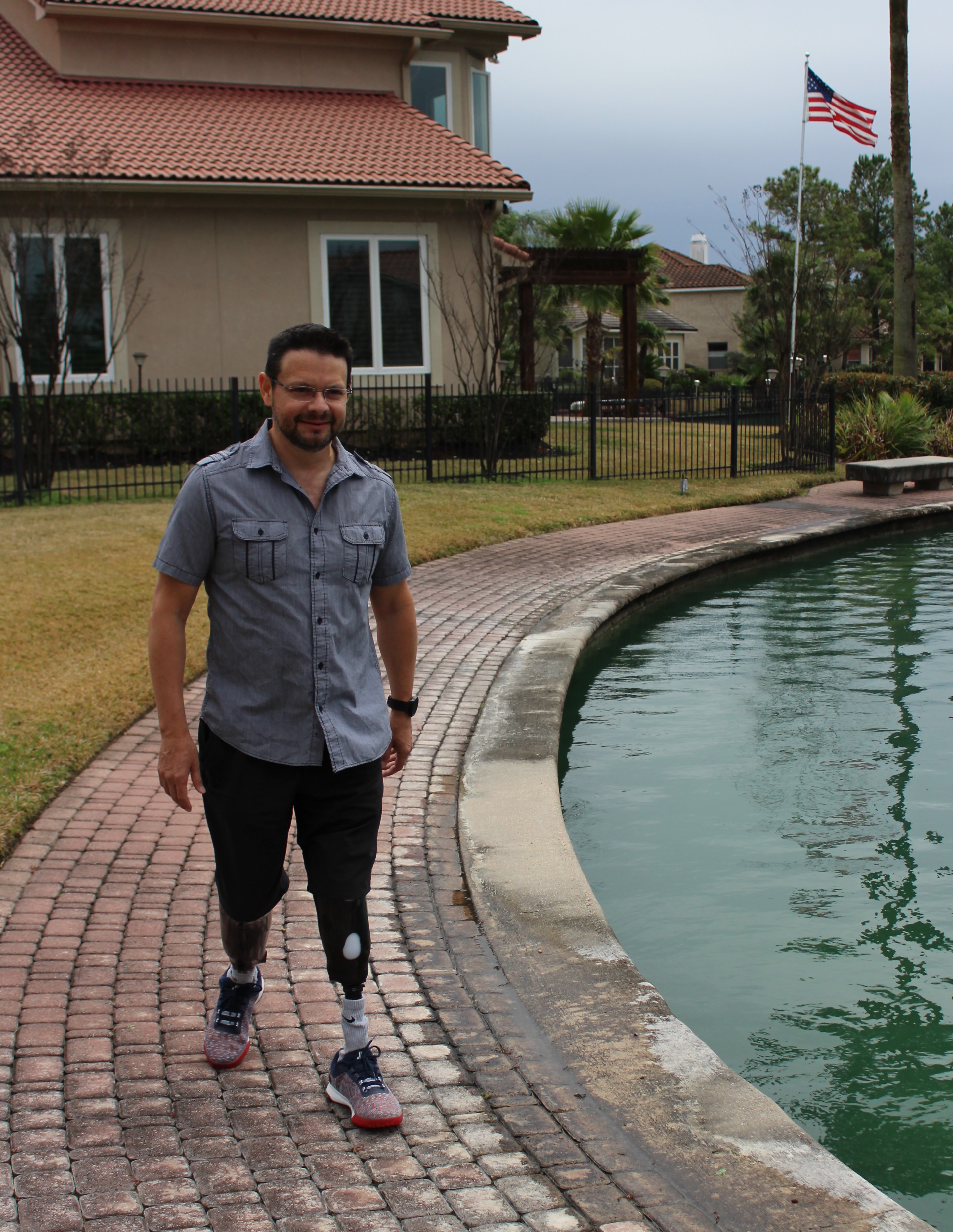 One step at a time, Zachery Jessup is recovering after an aortic dissection. (Photo by: Melissa McDonald)

Despite losing both his legs, Jessup said he remained positive during his recovery, which required an extended stay in the hospital, hours of physical therapy, shuttling to doctor’s appointments and major adjustments once he returned home.

“Without my wife and support from my family and friends, who knows what could have happened,” Jessup says.

Dr. Charlton-Ouw says a successful recovery from a life-changing surgery like Zachery’s is about more than just the physical needs of a patient. “We need to address the needs of the patient, as well as their caregivers to develop a broader support system.”

“We recognize the effect this type of surgery has an effect on the family unit,” says Dr. Charlton-Ouw. “As surgeons, it’s easy to focus on clinical outcomes like mortality rates and reducing those numbers, but there are deeper family matters that need to be addressed.”

“The patient’s survival and recovery are tremendously dependent 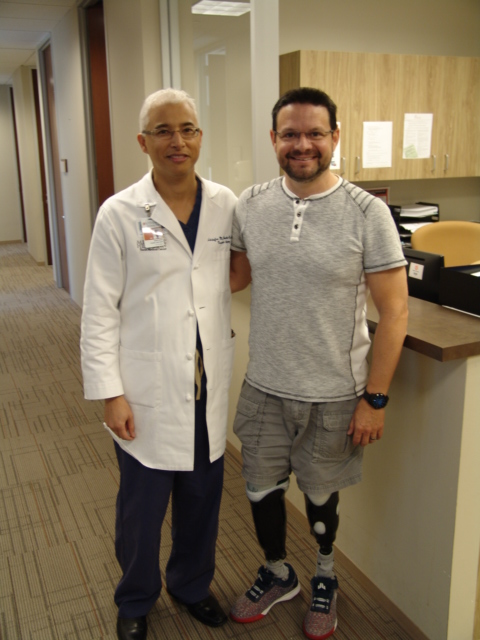 on the support they receive from their caregivers. Through LIVE ON, a nonprofit foundation the Department of Cardiothoracic and Vascular Surgery with McGovern Medical School teams up with to provide educational programs and caregiver support, we’re having more dialogue. We hope to learn more about how to make the patient experience, and the caregiver experience better,” says Dr. Charlton-Ouw, who is a member of the LIVE ON Foundation.

“Our team works hard to ensure that the voices of those affected by aortic and cardiovascular disease are heard,” says Harleen Sandhu, MD, MPH, assistant professor in the Department of Cardiothoracic and Vascular Surgery at McGovern Medical School and director of operations with the LIVE ON Foundation. “It’s important to recognize the challenges that come with recovery and the incredible caregivers who champion the recovery loss for loved ones.”