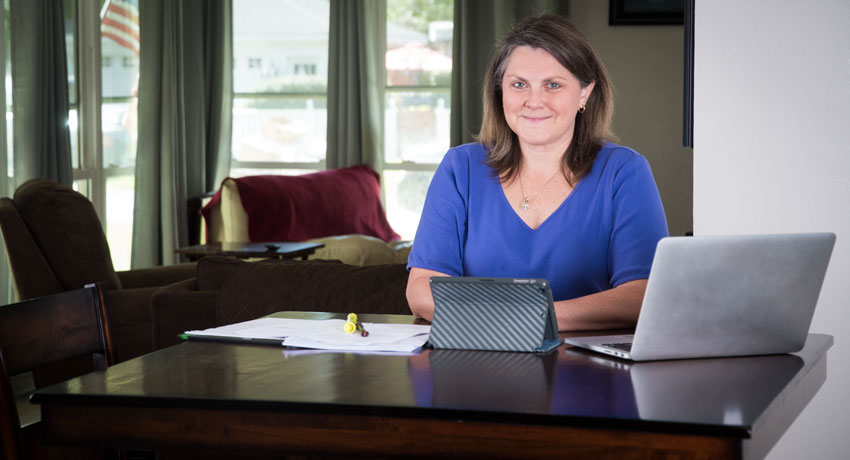 Most days, you can find Zoé Nick, an assistant to a restaurant owner, fielding phone calls and responding to email and text messages on her mobile device.

Nick has a 20-year career working in the restaurant industry. She says the popularity of handheld devices have changed the way she is available for work.

“Because I had a company device, because it could send and receive emails, because it could text, I was expected to answer at pretty much anytime,” Nick says, adding that she also logs several hours a day working on a computer.

Using these types of devices for so many hours in a day took a toll on the strength of her hands. 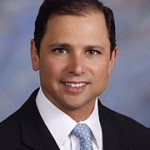 “She had numbness, tingling and weakness due to overuse with cell phones and handheld devices,” says Korsh Jafarnia, M.D., a board certified orthopedic surgeon with UT Physicians. “She reports a 15-year history of this, working on a computer eight to 10 hours/day, but it became worse lately.”

Nick sought the expertise of Dr. Jafarnia, who specializes in hand and upper extremity, when her symptoms of numbing and tingling became so severe that she was losing sleep. She recalls the events leading up to her first consultation with Dr. Jafarnia.

“The symptoms probably started a little more than 15 years ago,” Nick says. “They were very mild symptoms, just occasional numbing, and I just thought it was weird.”

“For probably about the last 10 years, it’s been off and on numbing and tingling, the kind of falling asleep feeling, and in the last 12 to 18 months, it was affecting my sleep,” she continues. “The moment I would try to doze off a little bit, the numbing would start, and I would have trouble sleeping. So, I wasn’t sleeping at all.”

She tried wearing a brace to bed, and that helped for several weeks. Eventually, though, the numbness came back.

“My first meeting with Dr. Jafarnia was in December 2017, about a month after I started wearing the brace,” she adds.

Nick went to high school with Dr. Jafarnia’s older brother, so she felt comfortable going to someone with a name she recognized. Moreover, though, he came highly recommended.

“He actually is recommended several times on a private Facebook group I’m on,” Zoé says. “I did see lots of recommendations for him.”

To find out what was causing the numbing and tingling sensations in Nick’s hands and fingers, Dr. Jafarnia ordered a nerve test, a standard step in the diagnostic process to assess where the nerve is compressed.

“Basically, if a nerve is compressed in the hand and wrist, they’ll be able to tell that from a nerve test because we put pads up and down the arm to see where the nerve slows down,” explains Dr. Jafarnia, an assistant professor in the Department of Orthopedic Surgery at McGovern Medical School at The University of Texas Health Science Center at Houston (UTHealth). “Wherever it slows down is an indication to the neurologist who’s doing the test that that’s where the compression is.

“If we have one pad on the forearm and one pad on the hand, and it slows down at the wrist—then it’s likely to be carpal tunnel syndrome,” he continues.

Nick’s nerve tests confirmed she had carpal tunnel syndrome in her right hand.

“Carpal tunnel syndrome is a compression of the nerve in the wrist that affects the sensation and function of the hand and the fingers,” Dr. Jafarnia explains. “Basically, you get numbness in the thumb, index and middle finger, and you get weakness for gripping activities.”

“In her case, it was moderate carpal tunnel syndrome, but she had pretty severe symptoms because it had been going on for so long,” Dr. Jafarnia continues, adding that nerve tests are on a mild, moderate to severe scale.

Nick was shocked by the results.

“When the tests came back moderate, I was like, ‘You’ve got to be kidding me,’” she exclaims. “If this is moderate, I can’t even imagine what severe is because I literally stopped sleeping.”

The symptoms in Nick’s right hand were worse than her left hand, so she and Dr. Jafarnia discussed different treatment options for both hands.

“I knew in the back of my head that surgery was probably going to be necessary for my right hand, but that was kind of my end game anyway,” she says. “We talked about options for the left, and what we determined was a steroid injection while I was under.”

Nick has “a huge phobia of needles,” she says, so a steroid injection while awake wasn’t an option for her.

“The best treatment and the most definitive and effective treatment for carpal tunnel syndrome is to release the ligament that’s compressing the nerve,” Dr. Jafarnia says. “That’s done traditionally with two different approaches.”

One approach, he explains, is an older and more invasive surgical technique involving a large open incision made in the palm of the hand, in order to look at and access the nerve.

“Endoscopic carpal tunnel release is the newest, less invasive way of doing it,” Dr. Jafarnia says. “Guided through a small incision in the wrist, with either a single-portal or two-portal technique, an endoscope magnifies the structures of the wrist, including the transverse carpal ligament. A small cutting tool is inserted and designed to release the compression in the wrist without disturbing the surrounding soft tissue that is vulnerable in traditional open surgery.”

“The first night after the surgery, I slept like a baby,” Nick says.

Dr. Jafarnia says recovery takes about four to six weeks, and patients may feel some soreness during that time. When he last saw Zoé for her two-week follow up, she was healing nicely.

“She is doing very well and has resolved most of her numbness already,” he adds. “The last time I saw her she said she was sleeping through the night.”

Hand surgery to treat damage from overuse of handheld devices is becoming more common, “as the age of technology advances and more things are done using our fingers and thumbs,” Dr. Jafarnia says, adding that he does about 800 hand surgeries a year.

Other treatment options include physical and occupational therapy, bracing and steroid injections.

Too much time on smartphones and tablets also can lead to problems beyond carpal tunnel syndrome. Dr. Jafarnia says they are called “digital disabilities” and include cell phone elbow, texter’s thumb, texter’s neck, tablet hand and selfie elbow.

Cell phone elbow may contribute to another injury called smartphone pinky, which Dr. Jafarnia says is “a condition where the bent elbow (while on a cell phone) causes compression of the ulnar nerve, which gives sensation to the small finger,” he says. “And with time, the sensation of the small finger diminishes.”

The repetitive movements of our thumbs while texting may lead to texter’s thumb.

“Texter’s thumb is a painful inflammation of the tendons that control thumb movement and extend to the wrist,” Dr. Jafarnia says, adding that this causes pain at the base of the thumb, which may extend to the lower arm.

He notes that the harm isn’t so much the thumb pressing down on the keys on a phone but rather the frequent passing of the thumb over the keyboard. “The thumb joint is not meant to move rapidly in this manner,” he says.

Text neck comes from too much time spent on electronic devices, subsequently leading to neck and spine injuries.

“Text neck has become a catchphrase describing neck pain and damage from looking down at your cell phone, tablet or other wireless devices too frequently and for too long,” Dr. Jafarnia adds.

For example, tablet hand causes tendonitis in the hand from having the iPad in one position for a prolonged period of time, Dr. Jafarnia says.

A lot of these digital disabilities are seen in Millennials, most notably selfie elbow. In fact, according to studies from the Pew Research Center, Millennials are more likely than other generations to have posted a selfie on a social media site (spending an average of five hours a week taking selfies).

“The weight of the phone is not the concern,” Dr. Jafarnia says. “The repetition combined with the contortion of the elbow, held in unnatural positions while capturing the selfie shot are actually what pose the problem.”

There are many preventative measures to prevent damage from overuse of handheld devices, such as hands-free modifications, tablet stands and attaching keyboards to tablets.

“To reduce the risk of cell phone elbow, use an earpiece, a headset or Bluetooth,” Dr. Jafarnia says. “To avoid texter’s thumb, a keypad would be great and try taking breaks from texting. Use the audio command on your phone. I recommend it as well because it just gives your hands a rest.”

While’s Nick’s job is still demanding, she has made some changes to her work life to prevent further damage to her hands.

“I started using hands-free ears,” she says. “In 2017, I got an ergonomic keyboard and mouse. I do try to use voice to text when possible. I do a lot more voice to text in the last year than I ever did.”

“Right now, I feel like both hands are working magically,” she continues.