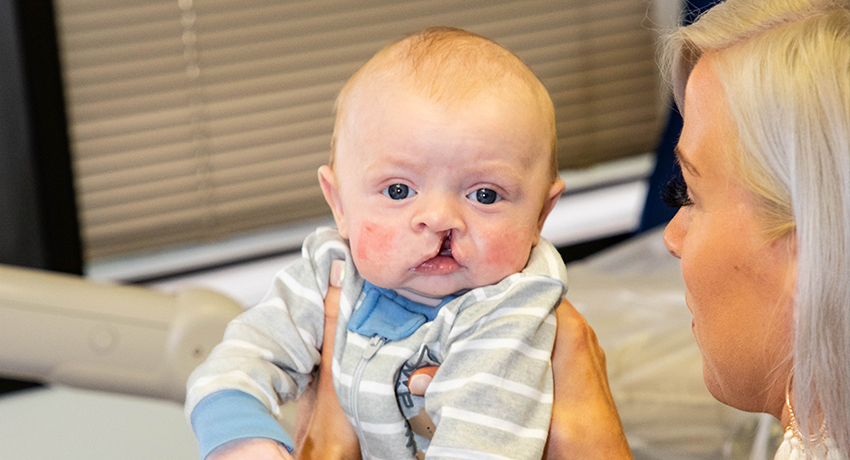 Surprise! After in vitro fertilization (IVF) treatments for their second child, Erin and Kyle Tweed learned they were pregnant with their third. Over the moon, they decided to name him Forrest. 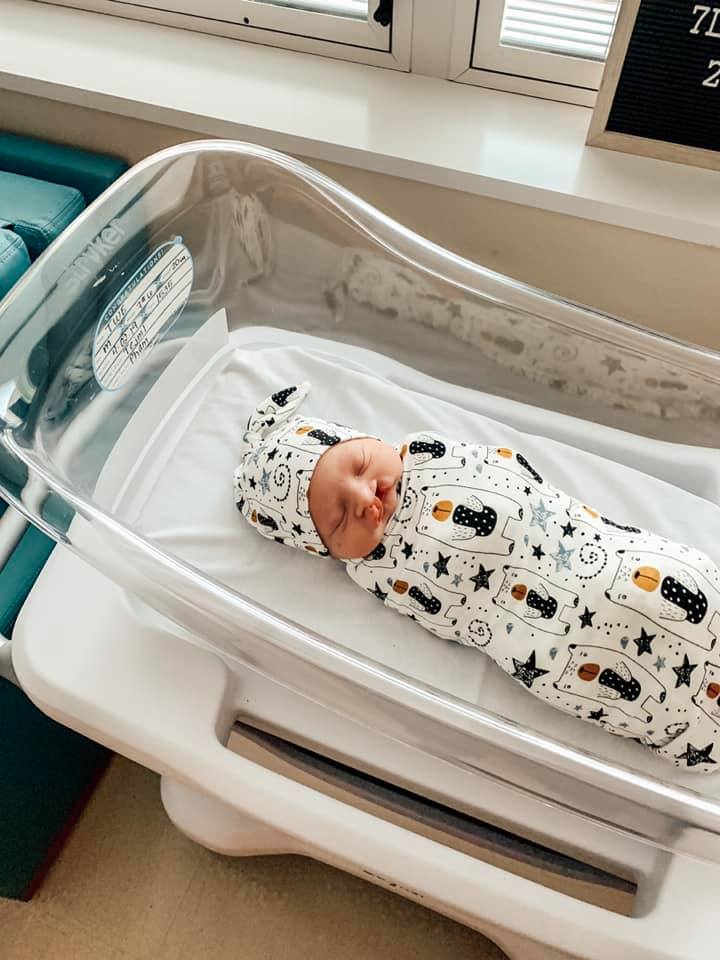 Going through this two times before, they considered themselves pros. It wasn’t until their 20 week appointment that that mindset was shaken up when the ultrasound tech abruptly walked out of the room. “That’s when it got scary. We knew something was wrong but we weren’t sure exactly what,” says Erin.

Once they learned that Forrest would be born with a cleft lip, it was time for a team to be assembled. Being a former nurse, Erin knew there needed to be preparation and a timeline established.

First up on the team was Leanne Doringo, MSN, RN, and clinical care coordinator with the Texas Cleft-Craniofacial Team at UT Physicians. Doringo became Erin and Kyle’s right-hand woman when it came to all things cleft. Often in touch with them daily and attending every appointment, she referred them to Matthew Greives, MD, pediatric plastic surgeon and assistant professor of pediatric surgery at McGovern Medical School at The University of Texas Health Science Center at Houston (UTHealth).

“Dr. Greives took his time with us and was extremely present. It’s a stressful situation, but he gave us the time to think through all our questions. A lot of times at doctor’s appointments, you’re rushed and end up forgetting some of the things you really wanted to ask,” says Erin.

A plan was established. Forrest would undergo his first surgery at just three months old to repair his cleft, reconstructing the shape of his lip and nose, and connecting the tissue that failed to do so before birth.

However, there was one last person (and treatment) that would make Greives’ job of reconstruction much easier. A pediatric dentist would need to be brought in for a consultation.

Bhavini S. Acharya, BDS, MPH, pediatric dentist and associate professor and postgraduate program director in the Department of Pediatric Dentistry at UTHealth School of Dentistry in Houston, was brought in for a special and critical role. 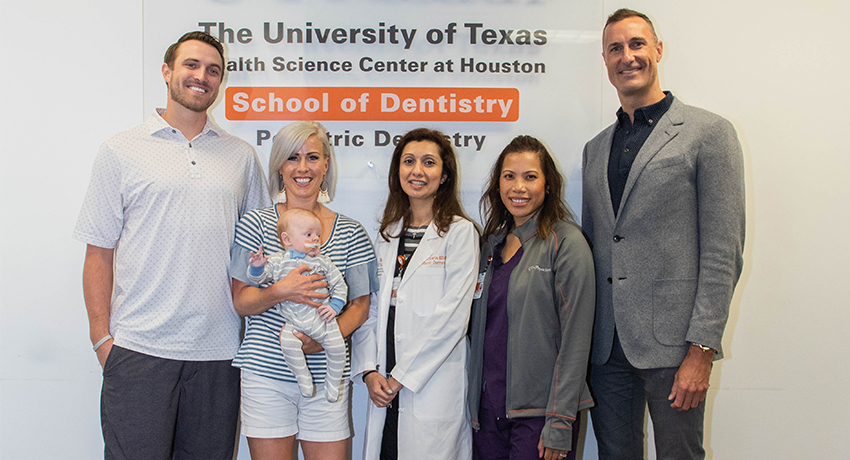 “Our cleft team offers nasoalveolar molding, NAM, to all of our patients as the first step in treatment of their child’s cleft lip. While NAM is a lot of work for the parents up front, it definitely makes my job as a surgeon that much easier, and translates into a better lip and nose repair after the surgery,” says Greives.

Erin and Kyle had their work cut out for them with NAM, but they knew it had to be done to prep Forrest for his surgery. This meant daily changing of the tape on their baby’s face to hold the NAM in place and pull his lips together, sometimes causing a small rash to appear on his cheek. Weekly appointments with Dr. Acharya were necessary to adjust the appliance. Nearing the completion of NAM, they would need to meet with Dr. Greives to prep for his surgery.  On top of all this, Forrest was still a newborn baby that needed the usual appointments with his pediatrician.

“It was hard, but it’s something that had to be done. This is how we show love to him,” says Kyle. 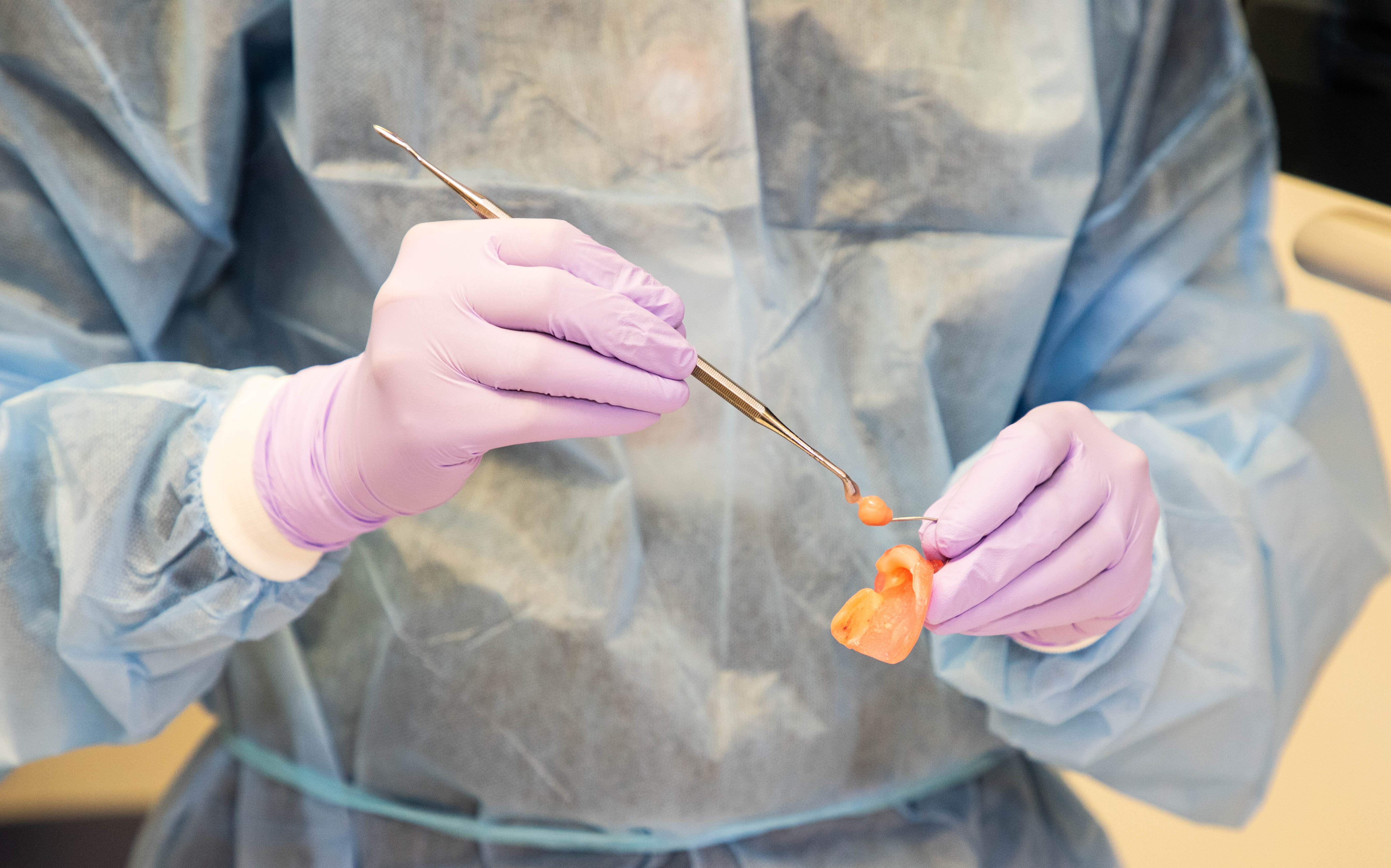 NAM is a removable device, in which the baby wears beginning 2-3 weeks of age and continues up to the time of surgery. Weekly appointments are required for appliance adjustments to assist in the closure of the alveolar segments (gums) and nostril lift. (Photo by Kim Kham)

Forrest’s big day is approaching, he will soon be three months old and ready for surgery with Dr. Greives.

“It was clear through our many meetings that mom and dad were on point with the at-home care of NAM. That plays a huge role in the patients’ treatment and it’s something that most people don’t consider,” says Acharya.

Erin and Kyle are both excited and a little sad for Forrest to lose the smile they’ve grown to love. However, they do look forward to finding their new normal, meeting their fresh-faced little man, and teaching people to be open to being different.

Stay tuned! We will be updating you as Forrest goes through his medical journey.