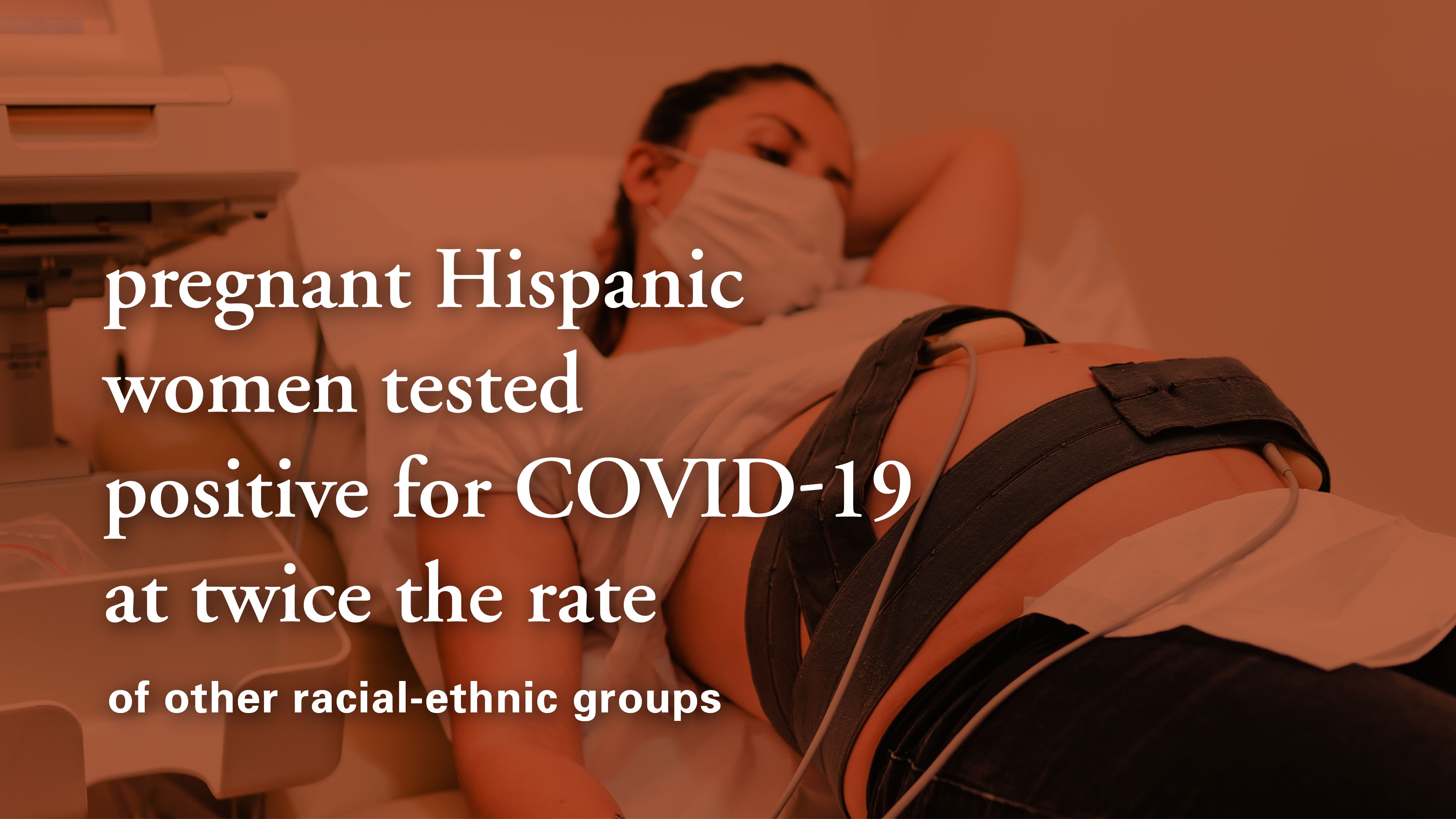 Pregnant Hispanic women tested positive for COVID-19 at nearly twice the rate of other racial-ethnic groups. (Photo by Getty Images and Lauren Mathews/UTHealth)

Pregnant Hispanic patients were nearly twice as likely to be diagnosed with COVID-19 than other racial/ethnic groups and most were asymptomatic, according to research by The University of Texas Health Science Center at Houston (UTHealth).

The findings, which were recently published in the European Journal of Obstetrics & Gynecology and Reproductive Biology, also revealed that patients with public insurance were more likely to test positive for the coronavirus. The clinical study was the largest and most diverse universally tested obstetric cohort to date, and the first for COVID-19 pregnancy data from the Southern part of the U.S.

“Women were routinely tested for COVID-19 as they came to Memorial Hermann Southwest Hospital for delivery,” said Beth Pineles, MD, PhD, a maternal-fetal medicine fellow with McGovern Medical School at UTHealth and first author of the study. “It’s important to test everyone, because if you only test people who are symptomatic, you’ll get a lot more people who test positive. Universal testing allows you to get an unbiased estimate of who is being infected, and our study found that Hispanic women were much more likely to have the virus.”

The cohort included 935 patients during a three-month period, and 56% of them were Hispanic, 13% were Black, 9% Asian, and 3% white. Among Hispanic patients, 10.6% tested positive for COVID-19, compared to 5.5% for non-Hispanic patients.

“Although this study didn’t dive into the why behind Hispanic patients being more likely to contract COVID-19, research seems to point to more social and cultural reasons versus any type of genetic disposition,” Pineles said. “It’s too early in the pandemic to know for sure, but some studies have looked at factors like neighborhood crowding, number of people living in the household, and having essential jobs instead of being able to stay home and social distance.”

“One strength of our study is that the obstetric population in Houston is incredibly diverse, so we were able to examine outcomes for groups that are often underrepresented,” said Jacqueline Parchem, MD, assistant professor in the Department of Obstetrics, Gynecology and Reproductive Sciences with McGovern Medical School and senior/corresponding author of the study. “The finding that public insurance, in addition to race/ethnicity, was associated with higher infection rates was not unexpected – we know that systemic barriers to health care are a major problem. But having the data matters because evidence calls attention to the issue and ideally motivates change in policy.”

The majority (86%) of patients who tested positive were asymptomatic, serious maternal morbidity was rare, and there were no maternal deaths. Only one child of a symptomatic mother with the virus tested positive, and the infant never showed any symptoms.

“This study is reassuring in a sense, because only one baby tested positive and they were asymptomatic,” Pineles said. “Studies like ours have helped change practice by showing neonatal infection rate is so low. A few months ago, babies were being separated from mom regardless of whether she had symptoms or not. Now women without symptoms are allowed to stay with babies and that is important for bonding. Having data helps us to quantify the risks better and provide better care.”