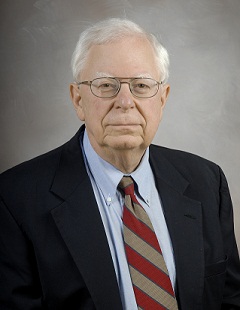 Board Certification:
American Board of Internal Medicine
General
Cardiovascular Disease

Dr. Taegtmeyer is a member of Alpha Omega Alpha, a Fellow of the American Heart Association, the American College of Cardiology, the American College of Physicians, and the International Academy of Cardiovascular Sciences. He served as President of the Society for Heart and Vascular Metabolism 2006 to 2009. Dr. Taegtmeyer is board certified by the American Board of Internal Medicine. in Internal Medicine and Cardiovascular Diseases. He has supervised 12 graduate students and 16 postdoctoral fellows, and he has mentored 15 medical or surgical residents on research rotations as well as 43 summer students. Many of his students hold academic appointments in the US (Yale, UCLA, UCSD, Baylor College of Medicine, University of Texas Medical Branch, University of Alabama at Birmingham, and The University of Texas Houston Medical School) and in Germany.

Dr. Taegtmeyer was a full member of the NIH Metabolism Study Section from 1989 to 1993 and has since served as an ad hoc member of various NIH study sections on a yearly basis. In 2005 the Director of the NHLBI named Dr. Taegtmeyer to the NIH Protocol Review Committee for the IMMEDIATE Trial. In 2006 he was named to the NHLBI Data Safety Monitoring Board for the IMMEDIATE Trial. He serves on the Scientific Advisory Committee of the University Clinical Research Center since 1995, and on the MacDonald Fund Research Committee since 2007.