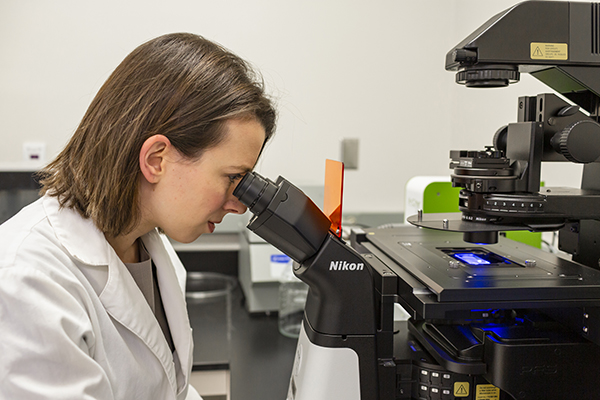 New research has determined that the window of opportunity to provide possible treatments for patients suffering from traumatic brain injuries (TBIs) differs depending on whether the patient is male or female. Building on this, scientists from The University of Texas Health Science Center at Houston (UTHealth) and Arizona State University have teamed up on the first study looking at sex-targeted drug delivery for TBI in a five-year, $2.5 million project funded by the National Institutes of Health (NIH).

The study will be used to help design nanoparticle delivery systems targeting both sexes for treatment of TBI.

“Under normal circumstances, most drugs, even when encapsulated within nanoparticles, do not reach the brain at an effective concentration due to the presence of the blood-brain barrier. However, after a TBI this barrier is compromised, allowing us a window of opportunity to deliver those drugs to the brain where they can have a better chance of exerting a therapeutic effect,” said Rachael Sirianni, PhD, associate professor of neurosurgery at McGovern Medical School at UTHealth. Sirianni’s collaborator and co-lead investigator on this grant, Sarah Stabenfeldt, PhD, was the first to demonstrate that the window of opportunity created in the blood-brain barrier differed between men and women, and it was this key finding that led to them applying for the grant from the NIH.

A TBI is any acute force trauma that occurs to the head as a result of a fall or an object hitting the head with any amount of force. The body responds with an acute response to the injury, followed by a chronic phase as it tries to heal.

“In this second phase, a variety of abnormal processes create additional injury that go well beyond the original physical damage to the brain,” Sirianni said.

Under normal circumstances the blood vessels in the brain are very selective about what they allow to enter the brain, helping to protect it from substances that might hurt neuron cells and creating a very carefully controlled blood-brain barrier. However, during this second phase of healing following a TBI, those blood vessels are compromised and substances might be allowed to seep in.

One of the many factors that could be causing this difference between female and male patients is varying levels and cycles of sex hormones such as estrogen, progesterone, and testosterone. While these levels already differ in healthy people, brain injuries can also cause additional hormone disruption for both sexes.

Sirianni said this work is extremely important as there are currently no effective treatment options for TBIs. Each year an estimated 1.5 million Americans suffer a TBI according to the Centers for Disease Control and Prevention (CDC).

“The goal of this research is to develop different nanoparticle delivery systems that can target the unique physiological state of males versus females following a TBI. Through this research, we hope to develop an optimum distribution system for these drugs to be delivered to the brain and can hopefully find an effective treatment plan for TBIs,” Sirianni said.

Drugs that were previously seen as unsafe or ineffective when given systemically can instead be targeted directly to the injury microenvironment through nanoparticle delivery systems.

“With these nanoparticle systems, we’re looking at how we can revisit a drug that showed promise in preclinical studies or clinical trials but then failed,” Stabenfeldt said.