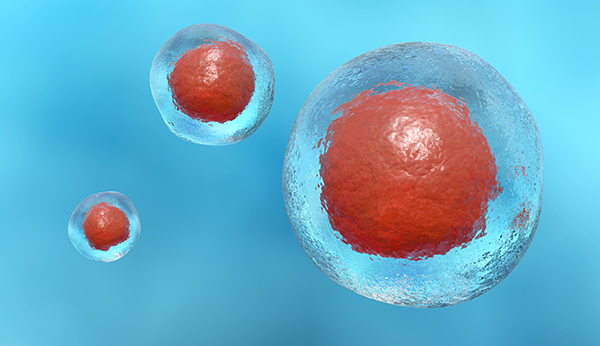 Treating patients with stem cells from their own bone marrow could lead to a reduction in brain injury after a stroke caused by a blood clot, according to research by The University of Texas Health Science Center at Houston (UTHealth).

The results were published today in STEM CELLS Translational Medicine. The study was led by Muhammad E. Haque, PhD, and Sean Savitz, MD, of the UTHealth Institute for Stroke and Cerebrovascular Disease.

“Nearly 90% of patients who suffer an ischemic stroke – the most common type of stroke – exhibit weakness or paralysis to one side of the body,” said Haque, assistant professor of neurology with McGovern Medical School at UTHealth. “Injuries to the corticospinal tract, which is the main white matter connection in the brain responsible for carrying movement-related information to the spinal cord, is the primary cause of this motor function impairment. In stroke animal models, we’ve seen how bone marrow mononuclear cells attenuate secondary degeneration and enhance recovery, including white matter tract remodeling. That led us to our current study.”

Stroke is the leading cause of serious long-term disability, according to the Centers for Disease Control and Prevention. It affects nearly 800,000 Americans a year, with someone in the U.S. suffering a stroke every 40 seconds. About 87% of all strokes are ischemic strokes, in which a clot creates blocks blood flow to the brain.

The study followed previously published research led by Savitz, professor and the Frank M. Yatsu, MD, Chair in Neurology in the Department of Neurology at McGovern Medical School, who sees patients at UTHealth Neurosciences and attends at Memorial Hermann-Texas Medical Center.

“Our previous research had revealed that stem cells appeared to decrease the inflammation at the site of injury in the brain, and this study showed, through imaging of the corticospinal tract, that patients treated with autologous stem cells had improvement in white matter injury at the one-year mark,” Savitz said.

In the new study, the researchers used three-dimensional anatomical and diffusion tensor imaging on patients’ images obtained from magnetic resonance imaging (MRI) scans to discern differences. They compared extensive longitudinal microstructural changes in the white matter of two sets of patients – those treated with stem cells to those who were not.

The 37 patients in the study ranged in age from 18 to 80. While all received the standard stroke treatment and rehabilitation follow-up, 17 patients whose strokes were the most severe received bone marrow cell therapy. Three months later, MRI scans of each patient showed the expected decrease in the integrity of corticospinal tract as expected after a stroke. However, scans taken 12 months after the stroke occurred showed an improvement on average in the 17 patients who received bone marrow cell therapy. Conversely, the corticospinal tract of the non-bone marrow therapy group exhibited ongoing and continuing microstructural injury and axonal degeneration.

“These results suggest the possibility of microstructural stabilization in the cell-injected group as compared with the non-treated patients,” Haque said, “We envision that future clinical trials might be directed toward identifying white matter protection or repair as an important mechanistic target of efficacy studies and potency assays for bone marrow cell therapies.”

The research was supported by the National Institute of Neurological Disorders and Stroke (N01-HB037163) and the National Institutes of Health (R21 HD060978, T32NS04712). The title of the article is “Longitudinal Neuroimaging Evaluation of the Cortical Spinal Tract in Stroke Patients Treated with Autologous Bone Marrow Cells.”