Researchers receive $3.1 million to fund four-dimensional work on Down syndrome 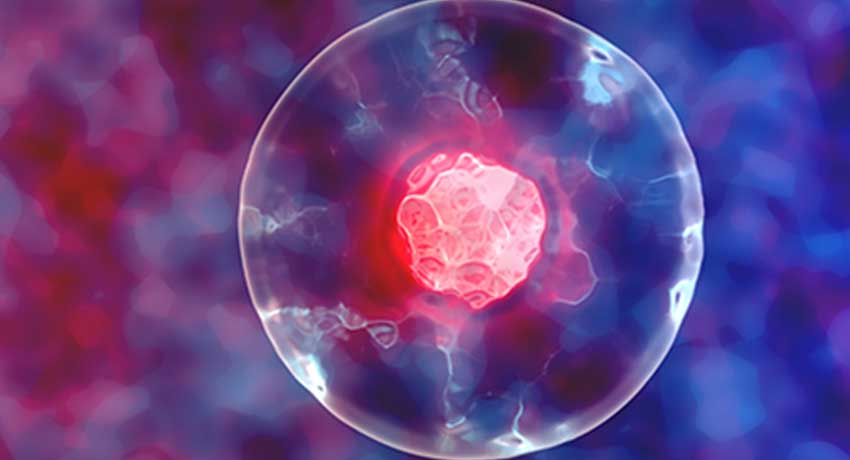 Researchers led by UTHealth's Wenbo Li, PhD, will examine the pathological basis of Down syndrome as part of the NIH Common Fund 4D Nucleome program. (Photo by Getty Images)

To better understand the molecular basis of Down syndrome, a genetic disease that affects 1 in 750 infants born in the U.S., researchers at The University of Texas Health Science Center at Houston (UTHealth) have received a $3.1 million grant from the National Institutes of Health (NIH).

The research is part of the NIH Common Fund’s 4D Nucleome (4DN) program. The nucleus of a human cell contains DNA that is 2 meters in length, which holds a person’s genetic code. But this long piece of genetic code has to be properly folded in a very small nucleus thinner than a human hair. How this information packaging process is achieved remains one of the greatest mysteries in biology, and solving this mystery is a key to understand many forms of human diseases. The goal of the NIH 4DN program is to study the organization of cell’s nucleus and DNA in three-dimensional (3D) space with the addition of a fourth dimension – time.

Chromosomal aneuploidy is the presence of an abnormal number of chromosomes in a cell and is commonly seen in many human diseases such as cancer, congenital heart diseases, and neurodevelopmental disorders. Down syndrome is caused by an additional copy of the chromosome 21.

“Our understanding of the pathological basis of the Down syndrome and other chromosomal abnormality is so far largely limited to the increased expression of a few specific genes,” said Wenbo Li, PhD, assistant professor in the Department of Biochemistry and Molecular Biology at McGovern Medical School at UTHealth. “But that cannot explain the broad gene deregulation that takes place throughout the genome in specific cell types and in the case of Down syndrome, which pre-disposes patients to muscle hypotonia, dysmorphic features, congenital heart defects and early onset Alzheimer’s disease.”

Li and his team will be looking at whether 3D chromatin misfolding – subtle changes in the cell’s genome organization – could be occurring over time to play an unrecognized role in Down syndrome, imposing profound impacts of patients’ gene expression.

“The expected results from this proposal are significant not only to our understanding of the 4D genome, but also to human brain developmental disorders,” Li said. “The knowledge generated here will also shed light on many forms of aneuploidy, providing a new conceptual framework to understand gene deregulation, and inspire strategies to treat these diseases via restoring the 3D genome architecture.”

Co-investigators from UTHealth include Ying Liu, MD, PhD, associate professor in the Vivian L. Smith Department of Neurosurgery at McGovern Medical School; and Claudio Soto, PhD, Huffington Foundation Distinguished Chair in Neurology and professor in the Department of Neurology. Liu and Soto are members of The University of Texas MD Anderson Cancer Center UTHealth Graduate School of Biomedical Sciences. Erez Lieberman Aiden, PhD, associate professor of molecular and human genetics at Baylor College of Medicine, is also a coinvestigator.