Searching for the positive in a sea of uncertainty 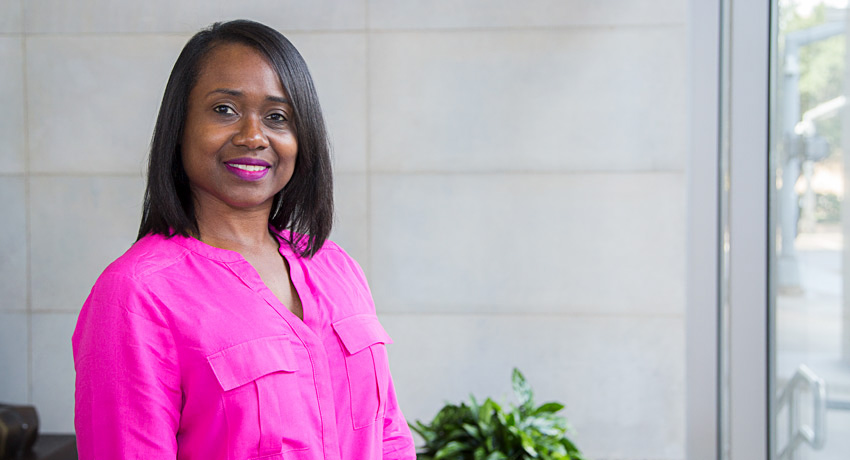 How one team makes a difference in the lives of many

October and the color pink—it has become a sign of struggle, strength and hope. Breast cancer strikes all races, cultures and genders. The stories of survival are shared to raise awareness about the importance of early detection and proactive health care. One survivor wants you to hear and heed these words: listen to your body.

Annual exams were always part of Carla Square’s routine. In August of 2013, she completed her mammogram and everything looked clear. The following month, she felt a suspicious lump in her breast.

“I reported it to my physician,” she remembers. “She said since my imaging was clear last month, there was no concern.”

Months later, Square began to feel a burning sensation in her breast, so she sought out the advice of a colleague in the medical field. Tests were ordered. “She called me and asked me to come into her office to review the results,” says Square. “In my mind, I felt like I already knew what she was going to say. When I walked into her office, I could simply tell by the look on her face.”

Cancer. One word that for many causes a deep feeling of emotion. There are countless stories—my mother, grandfather, son, cousin, a friend— it all starts with an accelerated division of cells that connects humanity on the same path. That path becomes a journey to beat cancer.

Often times, the first reaction is wanting the cancer removed. Emily K. Robinson, M.D., a breast surgeon with UT Physicians and a professor of surgery at McGovern 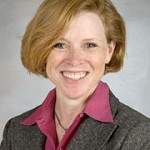 Medical School at The University of Texas Health Science Center at Houston (UTHealth), is part of a multidisciplinary breast cancer team that provides continuity for breast cancer care.

“We hear that. Women will say they just want to remove their breast—and sometimes both because of a cancer diagnosis,” says Dr. Robinson. “They are stressed and everyone can identify with that. Our goal is to pull all of the specialists together to come up with a treatment plan to attack the cancer. The team includes a medical oncologist, a breast surgeon, radiation oncologists and a breast reconstructive plastic surgeon. Sometimes the best plan for a patient begins with chemotherapy.”

That was the case for Square. Her fight began with rounds of chemotherapy led by medical oncologist Anneliese O. Gonzalez, M.D., at the Memorial Hermann Cancer Center.

“Carla had an excellent response to chemotherapy before surgery,” says Dr. Gonzalez, associate professor at McGovern Medical School at UTHealth.  “We call this approach neoadjuvant chemotherapy. Carla was always upbeat and maintained a great attitude during the entire treatment.”

Drs. Gonzalez and Robinson were both on Square’s team and collaborated to time each phase of treatment.

“In the beginning I cried, I thought why me,” says Square. “Then after I met with the physicians I realized that I needed to shift my attitude. Your attitude plays a big role in your therapy. I was sad on the inside, but on the outside I had specialists ready to fight with me. They were both awesome. They made me feel like I was their only patient. I felt like that I mattered to them.”

In December of 2014, Square had her right breast removed. With a little laugh, Square says she was dancing with Ned in January of 2015. When asked who Ned is, Square replies, “Ned stands for no evidence of disease. I got to hear Dr. Gonzalez tell me that I am cancer-free.”

“We want the best response,” says Dr. Robinson. “Each case is unique and is analyzed. I felt a calling early-on for surgical oncology. You have the opportunity to help people through a very hard time in their life. We are also collecting data and researching—always looking for new ways to attack cancer.” 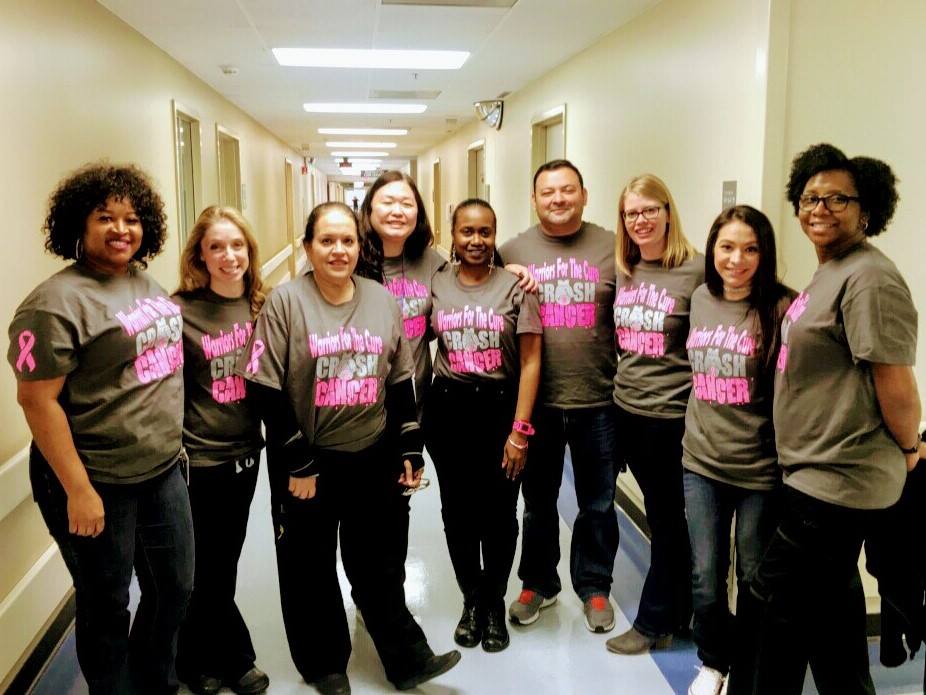 Carla Square valued the support given to her by co-workers at UTHealth.

For Square, she wants to remind everyone to get a second opinion if you think something is wrong—especially if something is suspicious like a lump. “Make sure you get checked and re-checked—you know your body,” says Square. “Cancer doesn’t have to be a death sentence. Cancer actually taught me to appreciate life more. I travel more. I visit family more. I love more. I was thankful for all my friends and family who rallied around me for support.”

Each year, Square participates in the Race for the Cure. She recently ran it on October 6, 2018. She has been running it since 2009, but after her cancer battle, the race took on a whole new meaning for her.

“For all of those out there going through the battle, hold on to your faith, hope and determination,” advises Square. “Those things make the journey so much easier.” 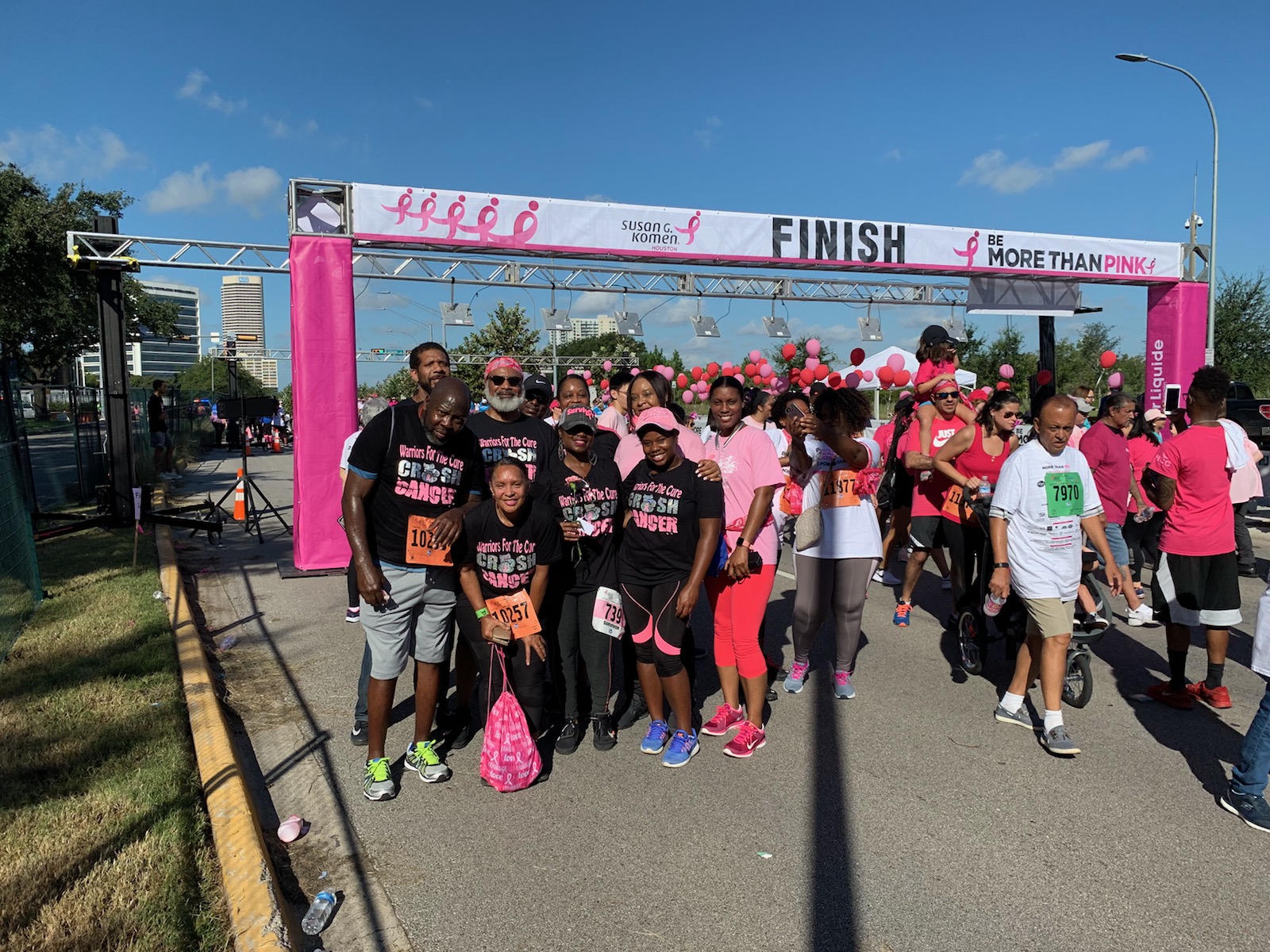