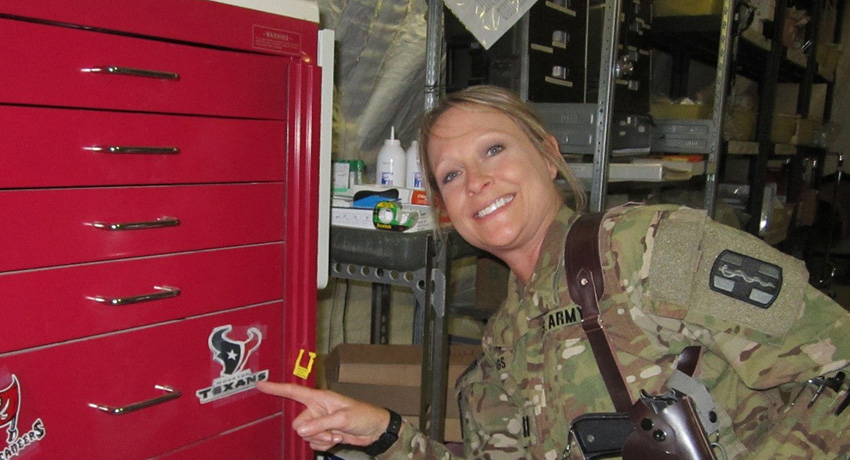 Robin Riggs during her 2011 tour in Afghanistan for Operation Enduring Freedom. (Photo provided by Riggs)

Shared experiences, especially ones as profoundly devastating as September 11, can have a ripple effect in countless lives. As we embark on the 20th anniversary of 9/11, one UTHealth employee reflects on that day’s impact on her life.

Robin Riggs, MSN, RN, never had dreams as a little girl of one day joining the military. Her journey had taken her through nursing school, where she trained to become a trauma nurse.

The day before 9/11, Riggs pulled a night shift at the hospital where she worked. As a result, she was sleeping during the attacks.

“When I woke up, I had about 30 voicemails from friends and co-workers. I immediately turned on the television and was in shock and terrified at the images,” she recalled.

It wasn’t long before tragedy would personally touch the lives of those around her that she loved, which set into motion her plan to take action.

“The final straw came when one of my colleagues lost her son to a sniper. I saw the pain and grief she experienced, and I wanted to do anything I could to prevent another mother from going through that,” said Riggs.

As a trauma nurse, Riggs knew she could help and decided to enlist in the Army with one hope in mind — to save soldiers. In 2011 she was called out for her first tour of Operation Enduring Freedom as the trauma lead for a Role 2 Combat Support Hospital.

During her time overseas, Riggs cared for both American soldiers and Afghan civilians caught in the unfortunate crossfires of war.

“I remember back to one incident that has really stuck with me,” she said. “Somewhere near our base there had been a local wedding, and afterward the attendees got onto a bus to go to the next location together.”

Their joyous occasion was cut short as they turned on the dirt road near Riggs’ base perimeter fence.

“Presumably, someone targeting our military vehicles had placed an improved explosive device on that road, and unfortunately, the bus ran over it,” said Riggs.

With children and adults in critical condition, they were escorted onto the base for emergency medical attention. Although Riggs can’t recall feeling explicitly scared or worried during her time in Afghanistan, this stood out as a moment she felt a profound sadness for those families injured and killed by their own people.

After her tour and time in the Army ended, Riggs returned to her first calling — health care. As the senior nurse manager for the UT Physicians Nurse Triage Center, she holds the same values learned years ago close to her heart.

“When you’re in the military, you live by certain values in both your personal and professional life,” said Riggs. “Those are loyalty, duty, respect, selfless service, honor, integrity, and personal courage. It molds into part of your fabric, and I still live those values to this day.” 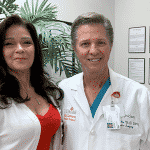 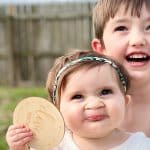