No-cost vein screenings could put a spring in your step 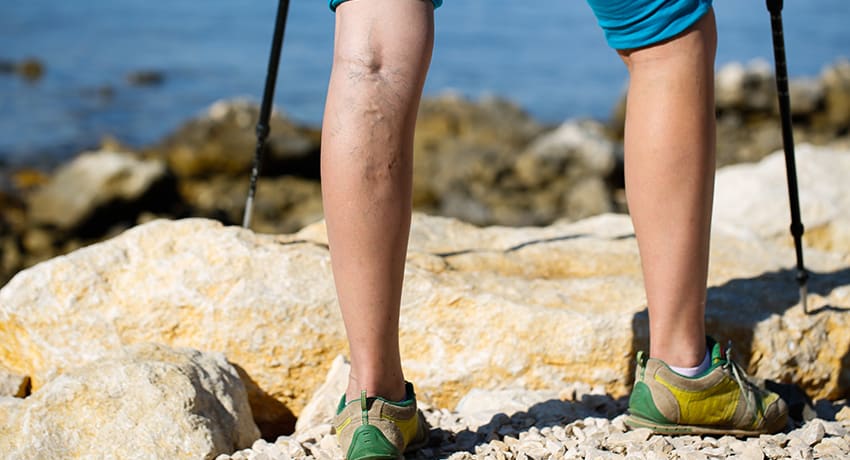 Swollen, achy, and cramping legs may not be an inevitable sign of growing older or yesterday’s long run. You could be 1 in 4 adults in the U.S. who has a venous disorder, which includes varicose veins. Contrary to popular belief, this is more than just a cosmetic issue and treatment options feature noninvasive, quick procedures.

People experiencing symptoms and signs of venous disorder are invited to a no-cost screening and consultation from 8 to 11 a.m. Saturday, April 13, at UT Physicians Cardiothoracic & Vascular Surgery – Bellaire.

“There’s a general lack of awareness about venous disease, despite the fact so many people are affected. Besides the obvious aesthetic aspect, it can cause significant discomfort, reduced mobility, and skin conditions, all of which can be resolved with quick, effective treatment,” said Sheila M. Coogan, MD, the clinic’s vein specialist and associate professor of vascular surgery with McGovern Medical School at The University of Texas Health Science Center at Houston (UTHealth).

According to the American Heart Association Journal Circulation, 23 percent of U.S. adults have varicose veins. Spider veins and feeder veins are even more common, affecting 80 percent of men and 85 percent of women. Although more prevalent among older adults and often associated with sedentary lifestyles, venous disease can affect people of all ages and fitness levels.

“I’ve treated athletes, including runners, as well as people in their 20s. Genetics plays a role, so it’s not always preventable through being physically active, not smoking, and other lifestyle factors,” said Coogan, who see patients at UT Physicians, the clinical practice of McGovern Medical School. “Venous disease is progressive, rather than a lightning bolt like breaking your arm which requires immediate action. But it’s important to get checked because in chronic cases, it can lead to ulcers. Even in relatively minor cases, receiving treatment significantly improves people’s quality of life, freeing them of pain and discomfort.”

Embarrassment and stoicism might explain why people tend to leave the problem to worsen before seeking help.

“I had a very well-heeled patient who reluctantly lifted her beautiful long skirt and revealed some of the biggest veins I’d seen in a while. A man, who played squash regularly, had been in pain for years before his wife finally persuaded him to see me,” said Coogan. “Because it’s not life-threatening, people are often shy or dismissive of the problem and put up with it.”

Another reason why getting checked may stay at the bottom of the to-do list is misconceptions around treatment and recovery time.

“The treatment options have much improved over the years. There are now minimally invasive techniques to close, rather than remove, abnormal veins,” Coogan said. “This means the recovery period is very short. People come in for a procedure in the afternoon and then can be back at work the next day.”

The results are impressive and bring much-needed, if a little unexpected, relief for patients.

“After receiving treatment, they really notice the difference and are delighted. They say their legs no longer ache at the end of the day and they have more energy,” Coogan said. “Both men and women tell me the treatment has truly changed their life, which is very satisfying and will hopefully encourage others to follow.”