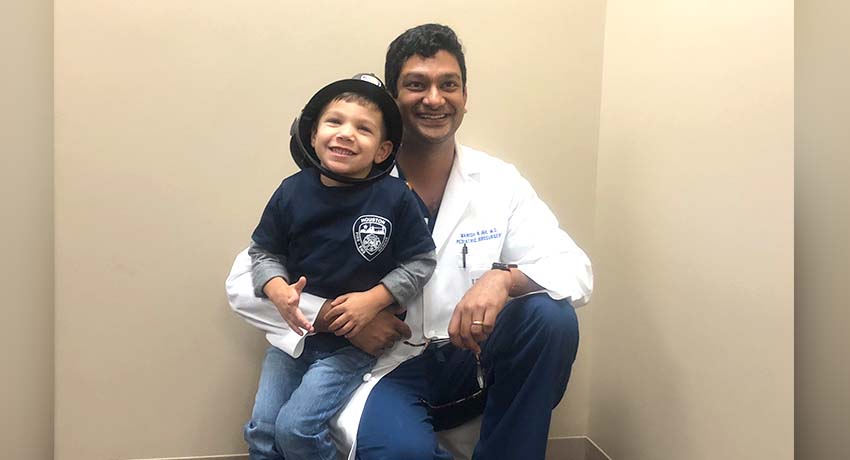 Edison had all of these issues, and life for him was a series of challenges. He had to use a walker to get around, he fell constantly, he was always in pain, and he didn’t sleep well.

Determined to improve Edison’s quality of life, his pediatric neurologist in Dallas referred him to Manish N. Shah, MD, FAANS, a pediatric neurosurgeon with UT Physicians and Children’s Memorial Hermann Hospital, to perform a procedure referred to as selective dorsal rhizotomy, or SDR. 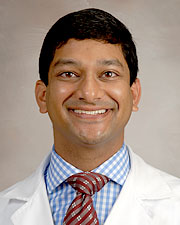 “The procedure is a highly specialized, minimally invasive surgery that corrects muscle spasticity resulting from a condition that stiffens and tightens the muscles, preventing normal movement,” said Shah, who also is an assistant professor in the Departments of Pediatric Surgery and Neurosurgery at McGovern Medical School at UTHealth. “The procedure eliminated Edison’s leg muscle spasticity by selectively cutting the spastic nerve rootlets coming from the lower end of his spinal cord that were amplifying abnormal stretch reflex signals to his legs.”

The SDR surgery was successful for Edison, who just two days afterward found himself taking up his favorite pastimes: playing with toy fire engines and watching his favorite show, “Fireman Sam.” Little did he know that a special surprise was being planned for him: a visit from Houston Fire Department (HFD) Engine 16. For a little preschooler with an affinity for fire trucks, it was a dream come true. The HFD gave him a personal tour of a pumper truck and ladder truck, and even let him activate the fire engine’s siren.

“They pulled out all the stops and brightened Edison’s day,” said Christi Clinger, Edison’s mother. “He had a ball, and it was a moment he will never forget.”

Fast-forward almost two years later, and Edison is doing remarkably well. Before the surgery, he was falling behind in school. Today, he’s in the gifted and talented program.

“We’re wildly amazed at his turnaround. There is a night-and-day difference in his cognitive abilities,” said Christi.

In addition to doing well in school, Edison is walking much better, to the point where he can almost run.

He and his family make the occasional trip from Carrollton, just outside of Dallas, to see Shah for follow-up appointments. When they do head to Houston, they make sure to stop by their favorite fire department.

Affectionately known as the “chief” in his neighborhood, Clinger enjoys driving around in his little fire truck, proudly wearing his fireman’s jacket and HFD fire patch.

“Edison is such a clever, creative little boy. We are so proud of him for his sheer determination and resilience for overcoming his disability,” said Christi. 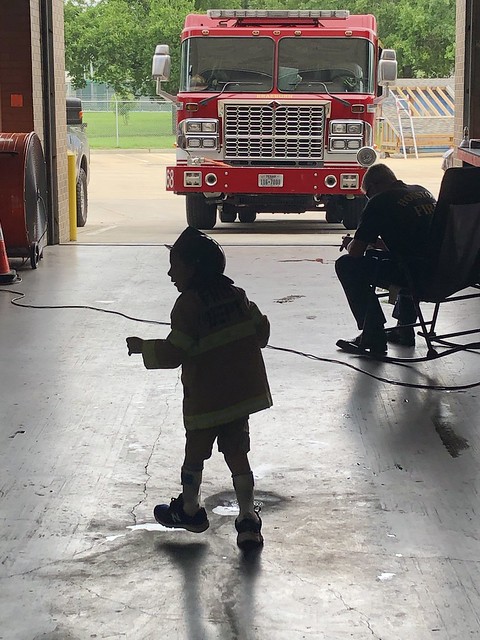 
To view Edison’s progress since his surgery, watch this short video.
As the clinical practice of McGovern Medical School at UTHealth, UT Physicians has locations across the Greater Houston area to serve the community. To schedule an appointment, call 888-4UT-DOCS. For media inquiries, please call 713-500-3030.
Share
All Articles