Neurosurgery for Epilepsy in Adults

Our mission at the Texas Comprehensive Epilepsy Program (TCEP) is to help epilepsy patients gain control of their seizures and regain their quality of life by using the most advanced and effective treatment options. TCEP is a collaboration between UT Physicians and Memorial Hermann – Texas Medical Center.

While available anti-seizure medications help the majority of people with epilepsy, about a third receive little or no relief from medical treatment. Many patients with medically refractory epilepsy are candidates for surgery.

The most effective surgery for epilepsy involves removing the abnormal area causing the seizures, which is called the epileptogenic focus. Many people who qualify for this surgery experience excellent outcomes and are seizure free afterwards or much less dependent on anti-seizure medications.

The right candidate for surgery?

If  a person has seizures that occur in only one area of the brain and are difficult to control, they may be a candidate for epilepsy surgery. Patients who may be eligible for surgery are monitored in the Epilepsy Monitoring Unit (EMU) at Memorial Hermann – Texas Medical Center before the epilepsy team recommends any type of surgery. 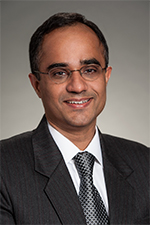 Choosing candidates for surgery involves a three-phase evaluation. During Phase 1, patients spend three to five days in the EMU, where they undergo continuous video EEG monitoring, MRI imaging and routine lab work. After the Phase 1 evaluation, your neurologist will order outpatient tests that may include MEG, PET, Wada testing and SPECT. Depending on the results, you and your doctor will decide whether to move forward either to Phase 2 or Phase 3.

Patients who decide to go forward with Phase 2 testing will undergo either a craniotomy with subdural electrode placement or robotic stereoelectroencephalography (SEEG). During a craniotomy, a small portion of the skull is opened to place electrodes directly on the brain tissue to allow for more direct measurement of seizure activity.

A robotic SEEG is less invasive and uses depth electrodes in targeted brain areas, which are closely monitored to locate the seizure source. A study of 239 patients with medically intractable epilepsy conducted by faculty at McGovern Medical School at UTHealth showed that patients who underwent SEEG experienced fewer complications, and that those who went on to surgery were more likely to be seizure free than patients who had a craniotomy. The epilepsy team uses the data from the Phase 2 test to determine if the patient is a candidate for removal or disconnection of the seizure focus.

With both craniotomy and SEEG, patients are taken off their anticonvulsants to allow seizures to occur in the hope of localizing them. After either surface or depth electrodes are placed, patients are transferred to the EMU, where the team records electrical activity from the cerebral cortex. If the team succeeds in localizing the epileptogenic focus, some patients are eligible for resective surgery.

Phase 3 is the actual surgery – either an open resection or the less-invasive stereotactic laser ablation.

Before laser ablation, the epileptogenic focus is precisely located on a high-resolution MRI. During the procedure, Dr. Tandon makes a 3.2-millimeter drill hole in the skull, using either a stereotactic frame or stereotactic robot to achieve the best trajectory for the laser beam. The laser applicator is inserted through the drill hole into the target region. After the applicator has been positioned, the patient is placed in an MRI scanner. The abnormal tissue in the epileptogenic zone is destroyed by elevating the laser beam to a very high temperature while minimizing the risk of potential damage to healthy tissue.

The entire procedure usually takes a few hours, but the actual ablation lasts only a few minutes. Real-time MRI imaging allows the surgeon to confirm the results immediately. Most patients are hospitalized for 24 hours and go home the day after the procedure.

Research supports the improved outcomes possible with laser ablation surgery. An article published in Epilepsia1 reported on a series of laser ablation procedures performed at Mischer Neuroscience Institute. The researchers concluded that MRIgLITT is an effective treatment for mesial temporal lobe epilepsy. The surgical outcomes obtained are comparable to those with traditional anterior mesial resections, while the cognitive impairments were diminished.

Neurosurgeons at TCEP use the ROSA® robot to ensure precision epilepsy surgery. ROSA acts as a kind of “GPS” for the skull, allowing physicians to create 3D maps of the brain and plan the best approach to implant depth electrodes during stereoencephalography, place probes for laser ablation or perform brain biopsies. Surgery with ROSA is minimally invasive, allowing surgeons to use needle-thin instruments through a tiny hole, which means a shorter surgery and faster recovery.

If Phase 1 and 2 testing do not locate a single epileptogenic focus, or if patients have uncontrolled seizures and are not candidates for brain surgery, they may benefit from vagus nerve stimulation (VNS). VNS does not require brain surgery. In an outpatient procedure, the surgeon implants a small generator about the size of a matchbox in the left chest near the collarbone. A second incision is made in the neck near the vagus nerve. The surgeon wraps leads around the vagus nerve and connects them to the stimulator. Once the device is in place, it delivers regular, mild pulses of electrical energy to the vagus nerve, which can reduce seizures up to 40 percent. The stimulator operates automatically, and patients can also activate it themselves if they feel a seizure coming on.

The Texas Comprehensive Epilepsy Program also offers responsive neurostimulation therapy with the NeuroPace RNS® System to certain patients who cannot be treated by conventional or laser surgery. A device is implanted in the skull and connected to two electrodes that target the region of the brain called the hippocampus. The NeuroPace System detects abnormal brain activity and delivers stimulation that interrupts the signal and helps control seizures.

In contrast to closed loop or responsive neurostimulation, deep brain stimulation is designed to alter brain activity just enough to prevent or limit the start or spread of a seizure. For patients who qualify, neurosurgeons implant electrodes into the anterior nucleus of the thalamus to moderate seizures that are hard to localize because they originate in multiple regions of the brain. Medtronic’s system for deep brain stimulation for epilepsy received approval from the FDA in 2018 for use in adults with medically refractory focal epilepsy. Research continues to improve neurostimulation therapies for epilepsy.

For more information about brain stimulation therapies for epilepsy, visit the National Institute of Neurological Disorders.