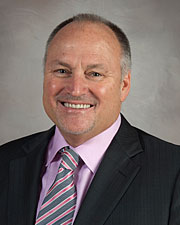 Dr. Walt Lowe is chairman and professor of the Department of Orthopedic Surgery at McGovern Medical School at The University of Texas Health Science Center at Houston. He also serves as the Chief of Orthopedic Surgery at Memorial Hermann at the Texas Medical Center and LBJ General Hospital.  He is also the Medical Director of the Memorial Hermann Sports Medicine Institute.