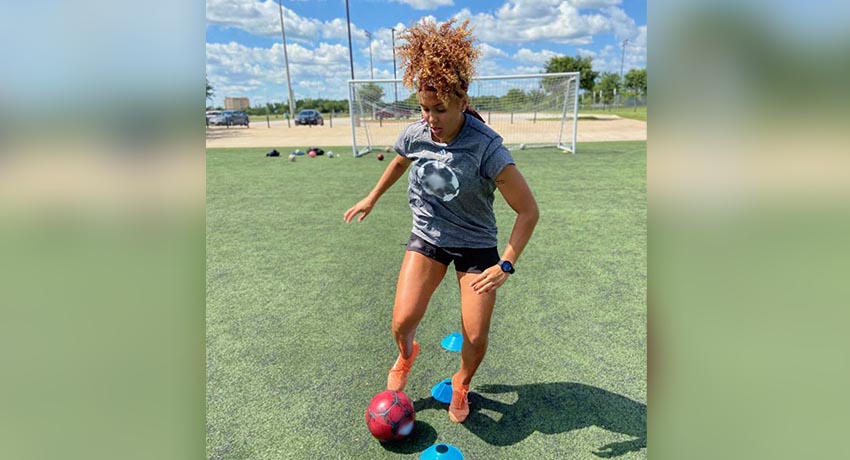 A severe concussion sidelined Cienna Arrieta from the game of soccer but she's got new dreams to chase thanks to the experts at UT Physicians. Photo credit: Cienna's friend, Taylor Ziemer

Twenty-two-year-old Cienna Arrieta loves the game of soccer. She’s been playing it her entire life, so imagine her disappointment when a painful concussion sidelined her in what would become her last college game.

The young soccer star vividly remembers the details as they unfolded last fall.

“I went up for a header for a goal kick and went up pretty strong,” recalls Arrieta. “I was going up for what is referred to as a challenge, and instead of heading the ball, I headed another player and she hit my temple with her forehead. The impact was extremely painful, and later would result in significant swelling.”

But despite this, she didn’t come out of the game. After all, this was round 32 of the NCAA finals and she was determined to give it her everything, so she played for another 20 minutes until she decided something just wasn’t right and she couldn’t play any longer.

She consulted with her team doctor, who diagnosed her with a concussion. Arrieta wouldn’t be participating in any future tournament play.

“It was definitely disappointing,” said Arrieta. “But I knew from experiencing two previous concussions that this wasn’t something to mess with.”

The concussion occurred in November of 2019, the weekend before Thanksgiving.  After several weeks, Arrieta, who also has attention-deficit/hyperactivity disorder (ADHD), was still experiencing some symptoms, so she sought the expertise of Summer Ott, PsyD, neuropsychologist with UT Physicians and associate professor in the Department of Orthopedic Surgery at McGovern School at UTHealth. 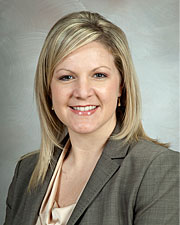 “Concussions are more prevalent in athletes with ADHD. Often these athletes are risk-takers, and when playing sports, engage in an impulsive style of play,” said Ott. “Research has also shown that individuals with pre-injury ADHD often take longer to recover from concussions compared to those without this condition,” said Ott.

Arrieta was experiencing visual sensitivity, neck pain, balance issues, and memory problems. In addition, she was also having what are known as ice pick headaches: painful headaches that come on suddenly and described as “stabbing blows.”

Earlier this year, when classes were transitioned from in-person to online due to the COVID-19 pandemic, Arrieta found completing assignments and studying more challenging than before. These activities were taking a lot more of her time and attention to focus, and she was growing concerned about being able to graduate in the spring.

“Concussions usually exacerbate preexisting concentration issues, making it even more difficult to focus,” said Ott. “This injury can magnify pre-injury issues such as attentional problems, headaches, or mood-related concerns that an individual was managing before the concussion occurred.”

Ott decided it was in Arrieta’s best interest to decrease her schoolwork and postpone graduation to the fall. She wrote a letter to university representatives explaining the need for Arrieta to decrease her class load to five hours so she had adequate time to focus on recovering from her serious injury.

“I’m so grateful to Dr. Ott for advocating on my behalf. It was such a relief not to have to worry about carrying a full load and trying to rush graduation,” said Arrieta.

Since she’s still experiencing some symptoms, Arrieta checks in with Ott via telemedicine to evaluate her progress and prognosis, which is a great option for her since she has gone back to El Paso to be with her family.

While she will continue to see Ott via virtual visits and the occasional in-person appointments, she will work with her athletic trainer on exercises that Ott has recommended. She’s been cleared to continue with noncontact physical activities so she can stay active. 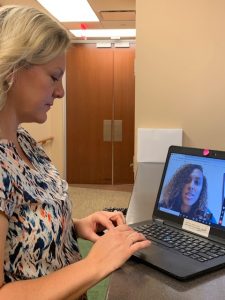 “Cienna’s prognosis is good. However, for individuals who have sustained previous concussions, have a preexisting diagnosis of ADHD, learning disability, or mood-related concerns, recovery can be protracted. It may take a few more months, but I anticipate her current symptoms will subside,” said Ott.

Arrieta looks forward to graduating in December with a degree in kinesiology focusing on motor behavior, which prepares students to enter physical or occupational therapy or other related professional schools. Arrieta’s goal is to become a strength and conditioning coach for a collegiate soccer team and eventually a national team.

“While I may not be able to play soccer anymore, I want to help other athletes on the field be the best they can be.”