Matthew R. Greives, MD, is the Thomas D. Cronin Chair of Plastic Surgery and an associate professor in the Department of Surgery at McGovern Medical School at UTHealth Houston.

He serves as the chief of plastic surgery for Memorial Hermann – Texas Medical Center, Children’s Memorial Hermann Hospital, and Harris Health’s Lyndon B. Johnson Hospital. Dr. Greives joined UTHealth Houston as an assistant professor of pediatric plastic surgery in 2014 in the Department of Pediatric Surgery. He is the Director of the Texas Cleft-Craniofacial Team, one of the largest and longest running cleft teams in the state of Texas. He also is the director of the Vascular Anomalies Program at UTHealth Houston, a program that he helped found in 2014.

Dr. Greives completed his undergraduate studies at Washington University in St. Louis where he majored in biochemistry. As an undergraduate, he competed on the varsity swimming team, earning All American status in 2001. He then attended NYU School of Medicine, spending 4 years working in the Laboratory for Microvascular Research and Tissue Engineering before graduating with honors in 2007.

Following his graduation, he joined the integrated plastic surgery residency at the University of Chicago. During his chief year, he completed a clinical elective in ear reconstruction with Dr. Francoise Firmin in Paris. His fellowship in craniofacial and pediatric plastic surgery was completed at the Children’s Hospital of Pittsburgh and University of Pittsburgh Medical Center. As faculty at UTHealth Houston, he received his masters of science in clinical research from McGovern Medical School through the Center for Clinical Research and Evidence-Based Medicine in 2019.

Dr. Greives is board certified in plastic surgery and a fellow of the American College of Surgeons. His clinical interests include cleft lip and palate care and surgery, craniosynostosis, orthognathic surgery, neonatal airway surgery, vascular anomalies, pediatric burn reconstruction, craniofacial distraction and ear reconstruction.  He was named Houston Business Journal “40 under 40” in 2018 as well as a Health Care Hero Rising Star that same year. He has been consistently recognized by Houstonia Magazine and Texas Monthly Magazine as a “Top Doc” for the past few years. Most recently, he was listed as a 2021 Top Doctor by Houstonia Magazine for plastic and reconstructive surgery. Here at UTHealth Houston, he has been awarded the Dean’s Teaching Award every year he has been in practice.

Away from the Texas Medical Center, Dr. Greives remains active and enjoys swimming and biking around the city. He is an avid fan of food, always ready to try out new recipes or even better, the many new restaurants that Houston has to offer.

Teen patient becomes role model for others diagnosed with cleft

With her surgeries complete and an official discharge notice from the Texas Cleft-Craniofacial Team, Charlotte “Charlie” Brown is now dedicated to helping other children along their cleft journey.
READ MORE

Despite being born with a cleft lip and palate, 7-year-old Jae Beltran can blow bubbles and more after several procedures performed by Matthew Greives, MD.
READ MORE 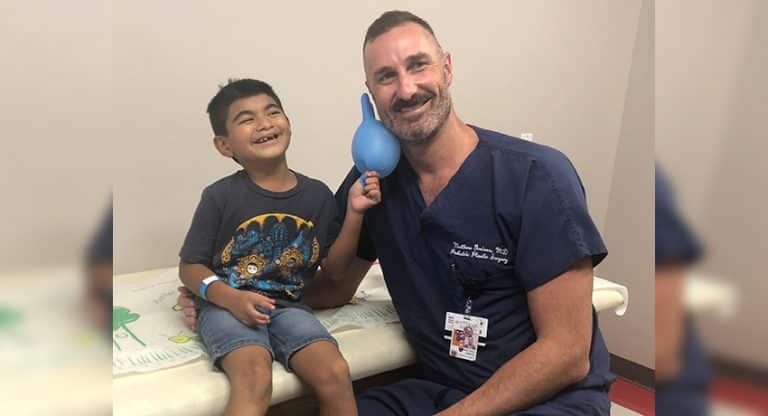 Both on their own cleft journey, Jax and Zoey Freking are all smiles thanks to the expert care of the Texas Cleft-Craniofacial Team at UT Physicians.
READ MORE

Thanks to the collaborative care of multiple UT Physicians and UTHealth doctors, Kaylie Lingor is a happy and healthy 5-year-old girl.
READ MORE 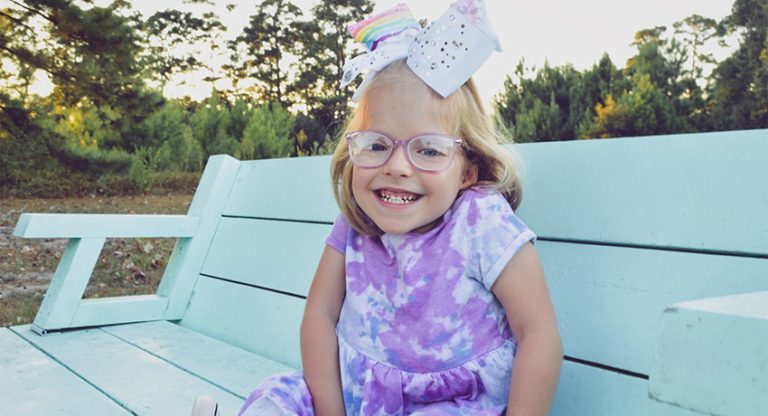 Open to being different: Part 2

An update on Forrest Tweed and his life after cleft lip repair surgery.
READ MORE

After learning at their 20 week ultrasound that their baby will be born with a cleft lip, Erin and Kyle assembled a team of experts.
READ MORE
Articles